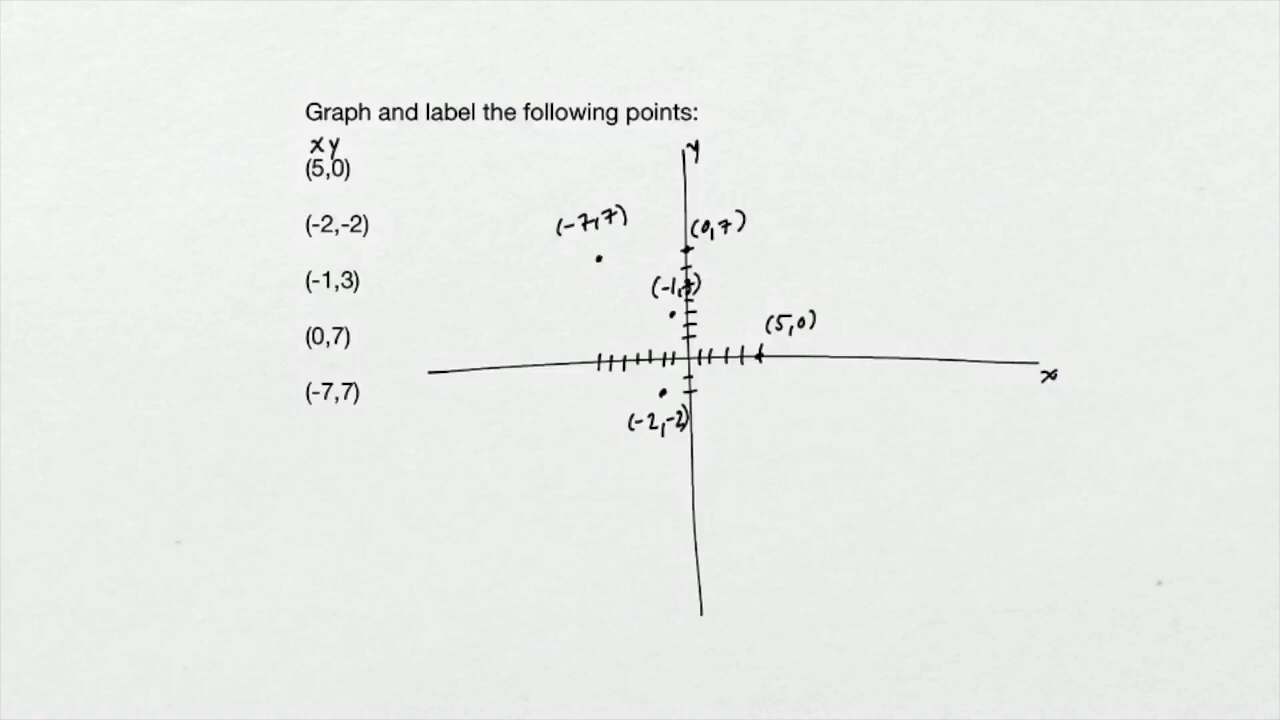 Let's graph and label the following points. A cartesian plane consists of a y-axis and an x-axis. The first value in your ordered pair is your x-value, and your second value is your y-value. 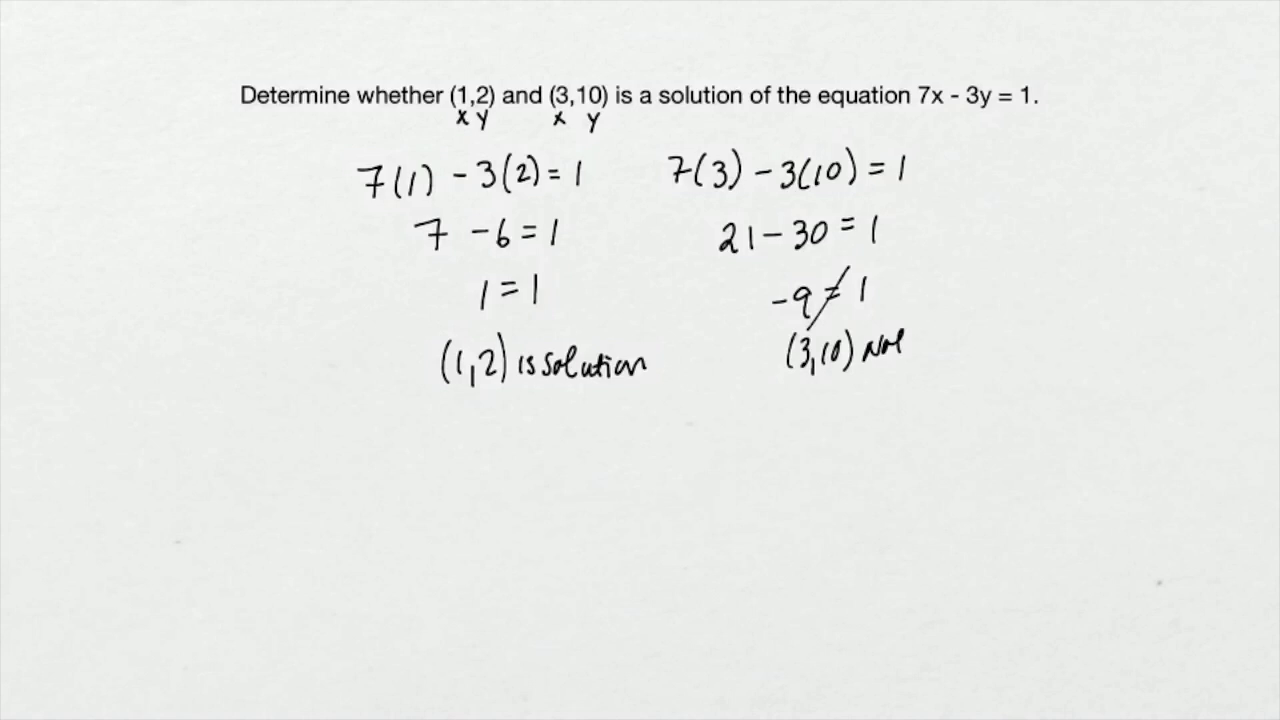 Now, since the first value is our x-value and the second value is our y-value, we're just going to plug each of these ordered pairs into our equation and see if we get a true statement. 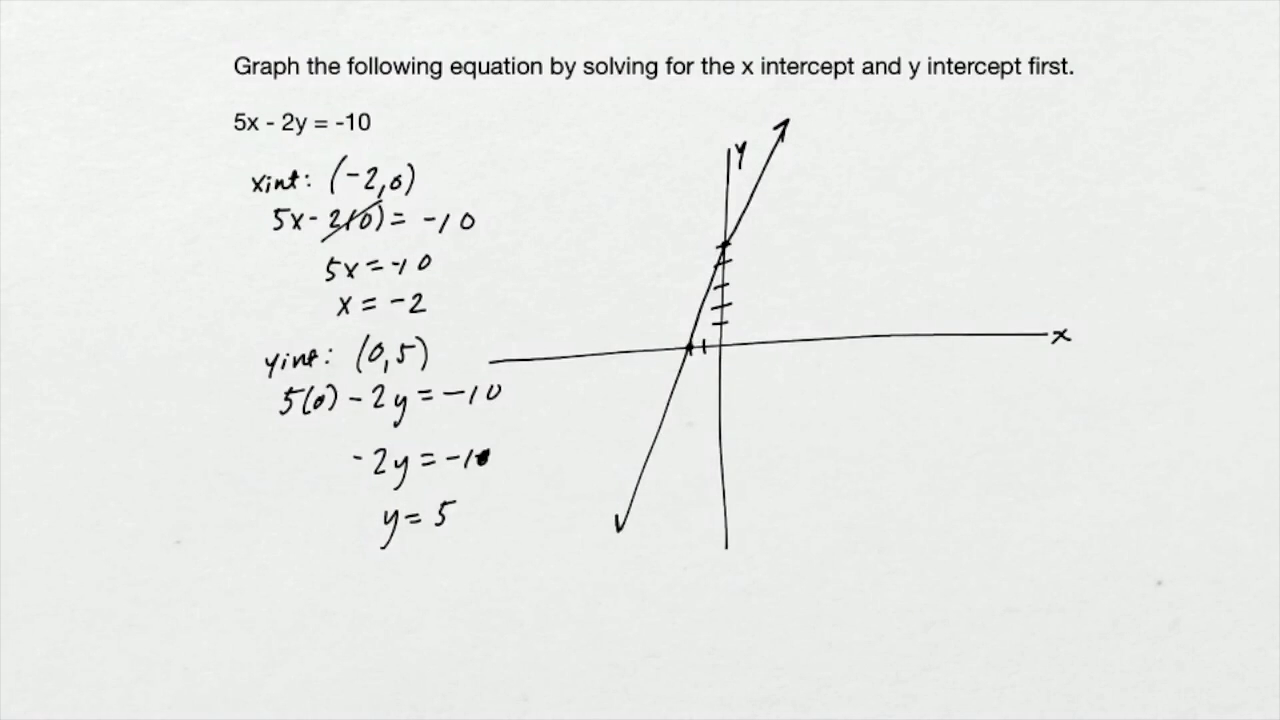 Now, graph the following equation by solving for the x-intercept and y-intercept first.

Now, let's plot the points and complete the graph. 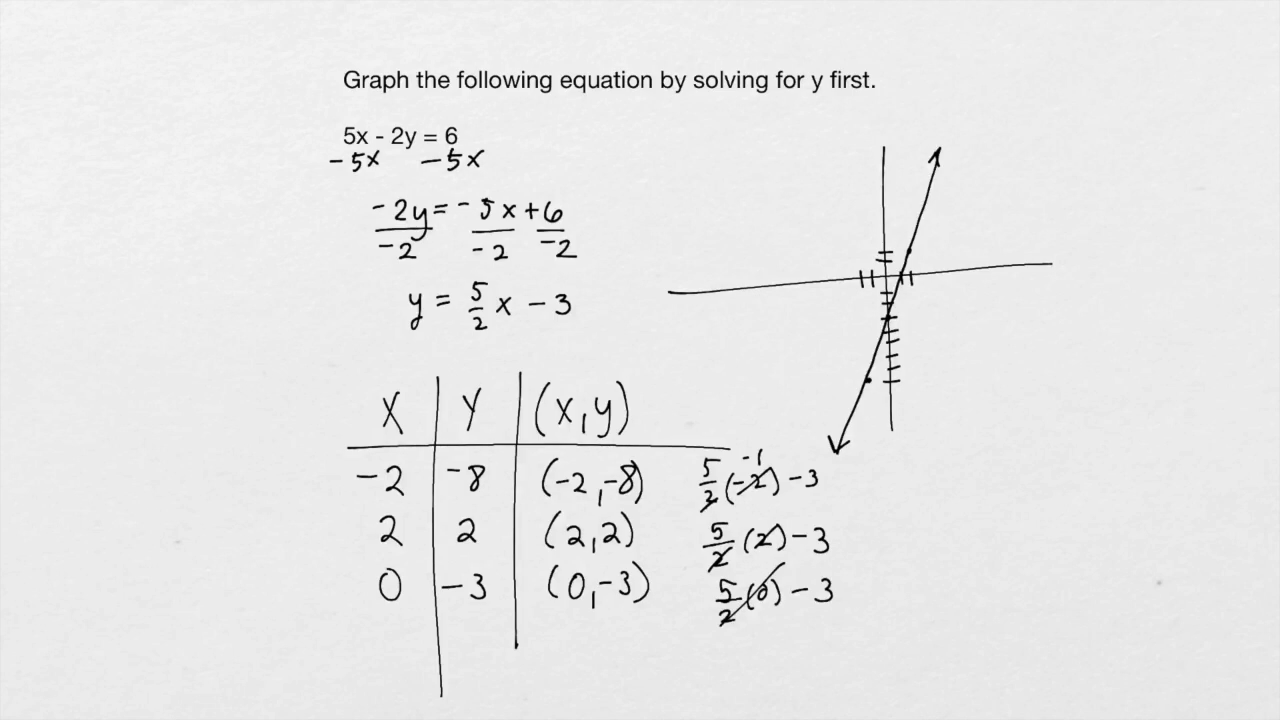 Now we need to set up a chart of our independent values, x, our dependent values, y, and our ordered pairs, (x, y). So, if we plug in multiples of two, we can cancel out the 5/2, and then if we also plug in zero for x, that will cancel this term out altogether. 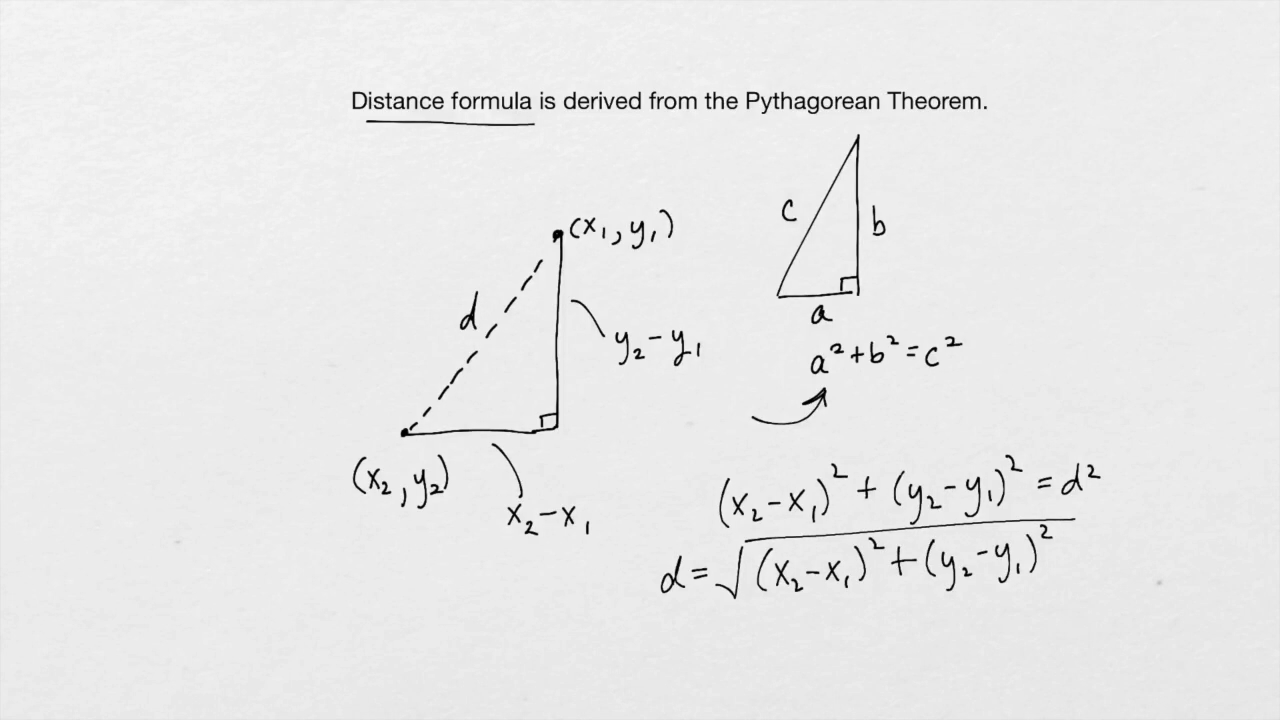 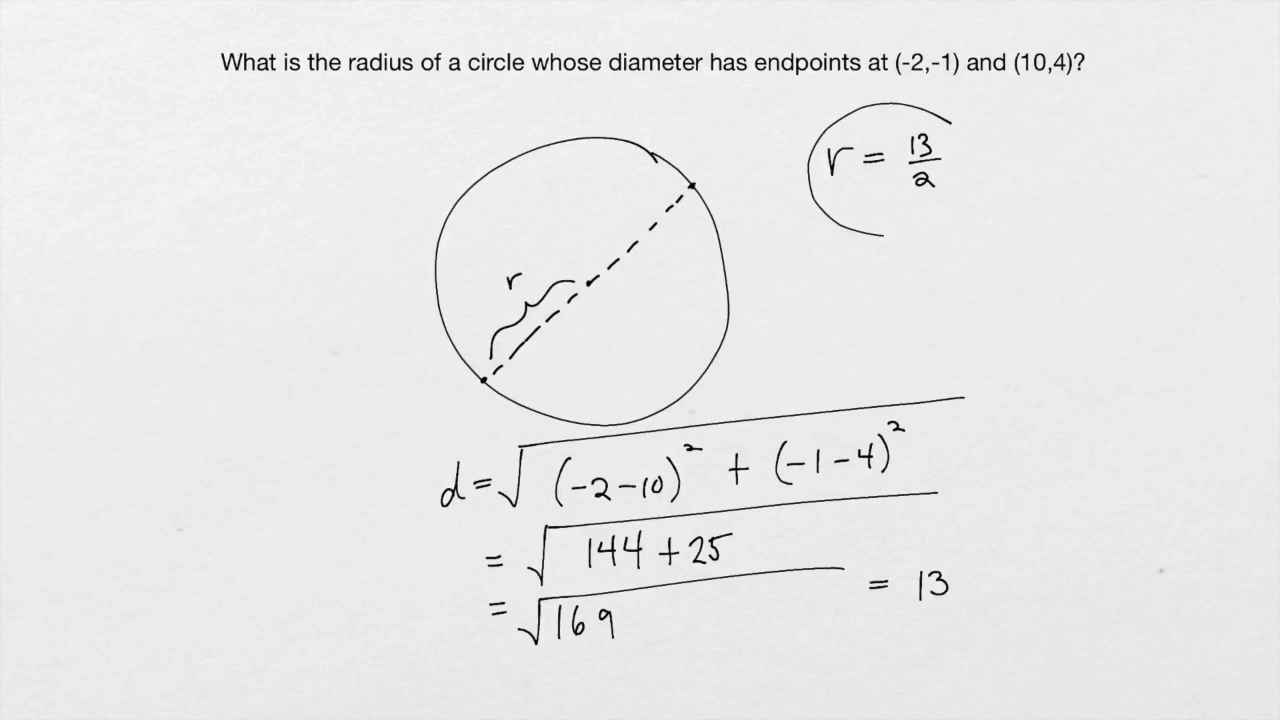 So now we have a circle and they've given us two endpoints on the diameter, and they want us to know what the radius is. So let's go ahead and solve for diameter first. That's going to be to the distance between these two endpoints.

Therefore, the radius of our circle is half of that; 13/2 units. 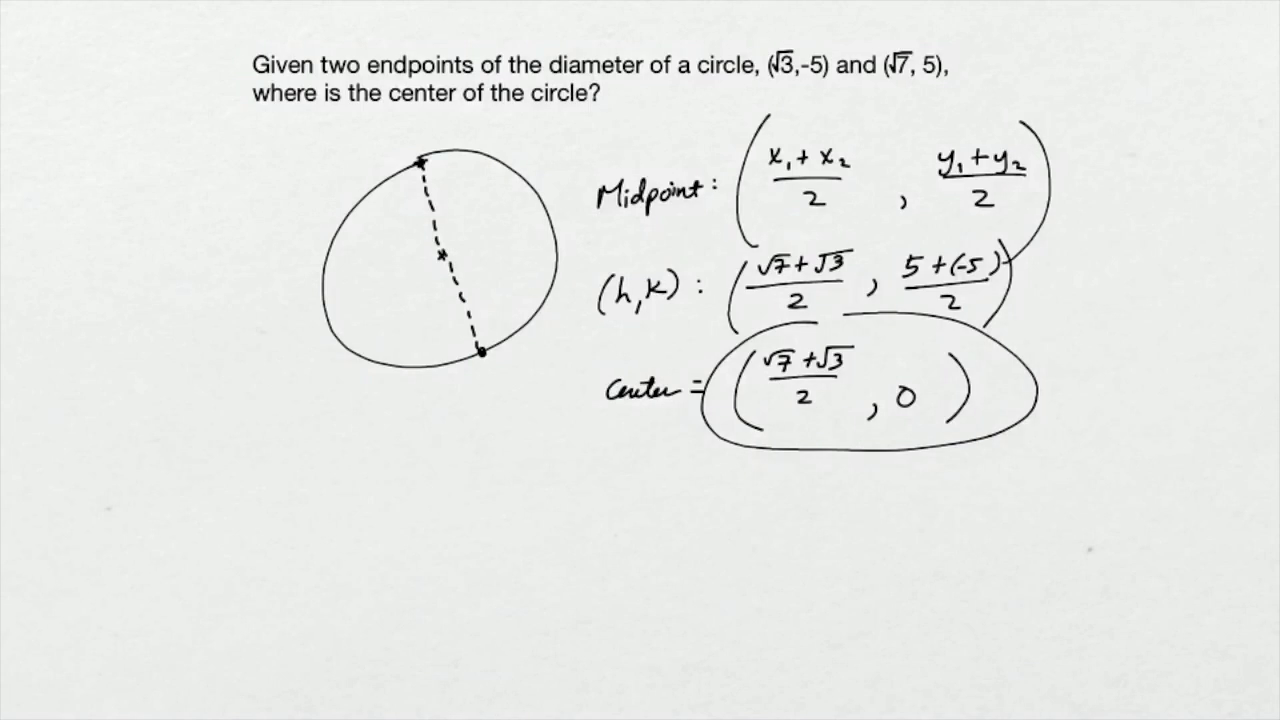 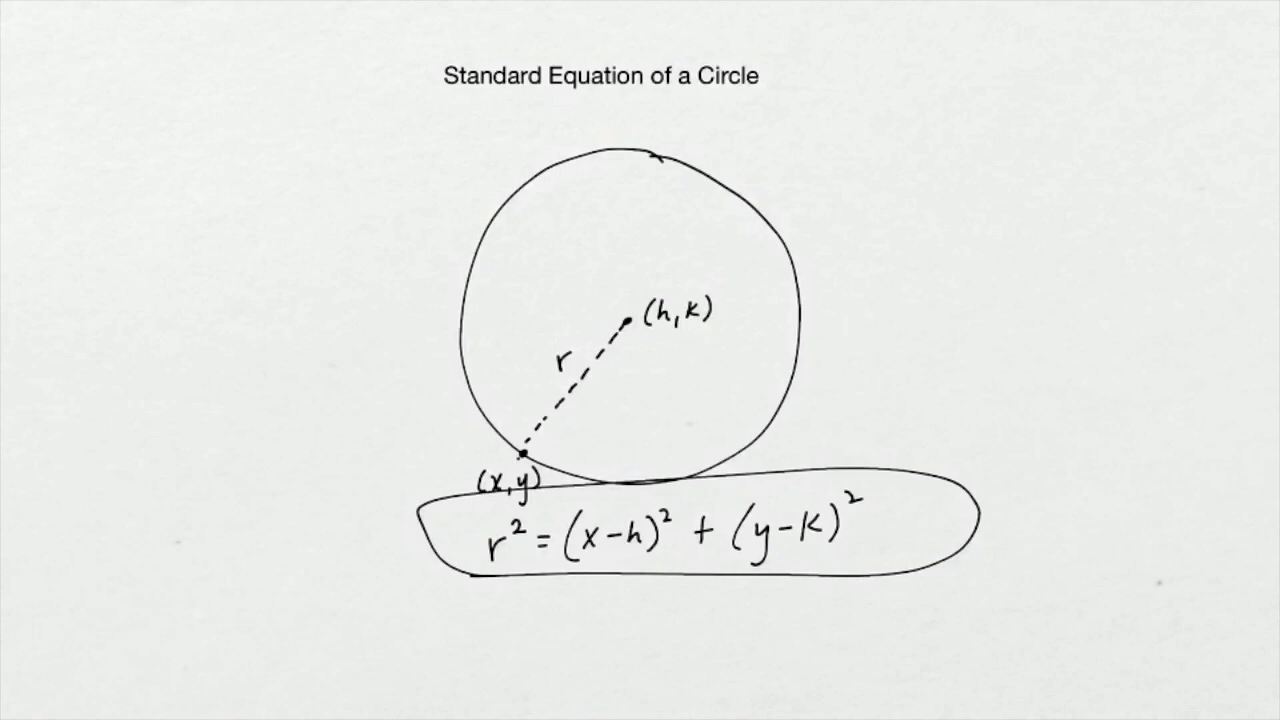 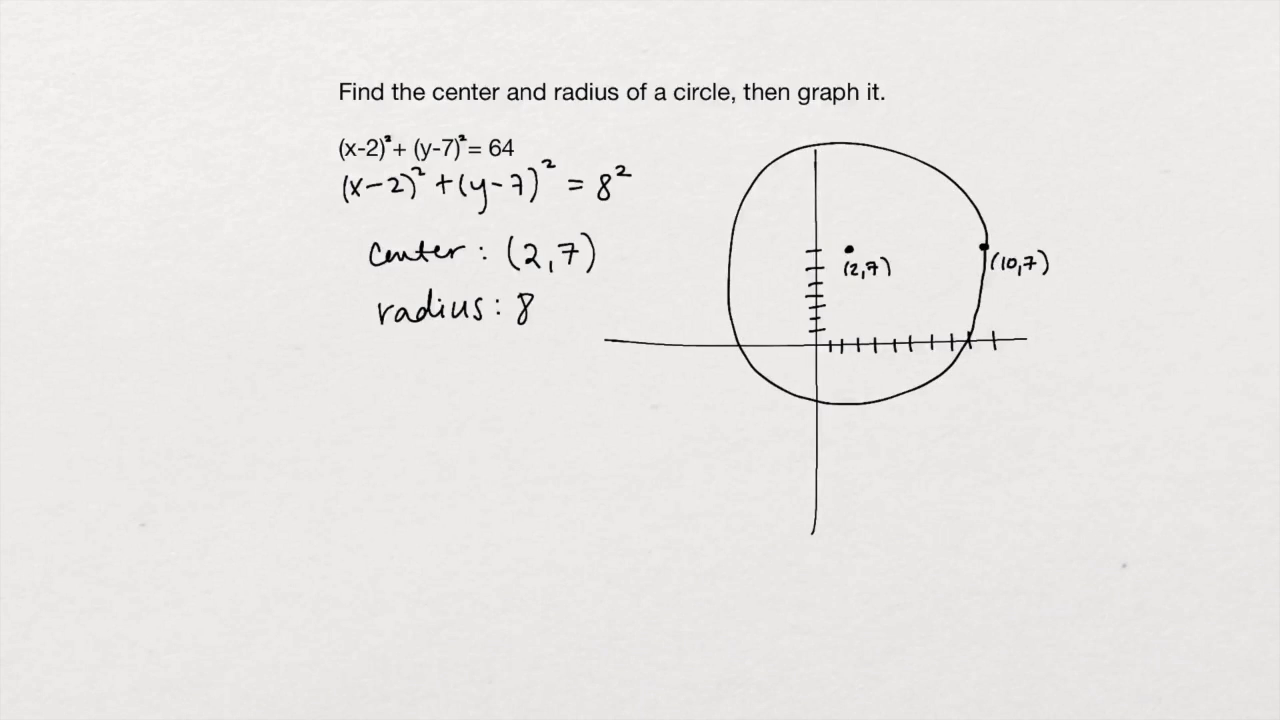