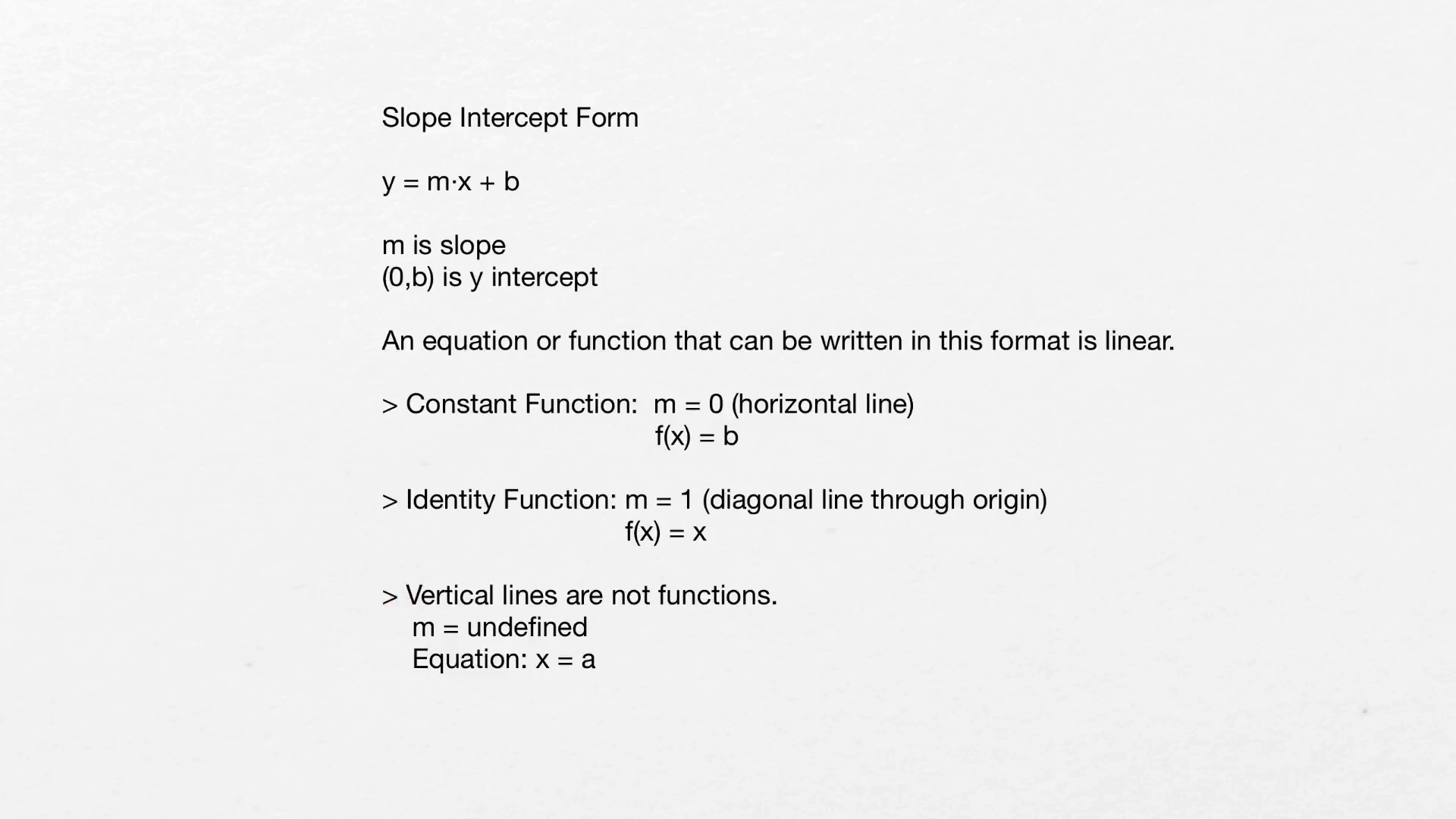 A function that can be written in the form `f(x) = b` is called a constant function. Its slope, m, is equal to zero, which generates a horizontal line.

An identity function is one that can be written `f(x) = x`. This time the slope, m, is equal to 1, and it produces a diagonal line through the origin.

Vertical lines are not functions, their slopes are undefined. `x = a` or x is equal to some constant. 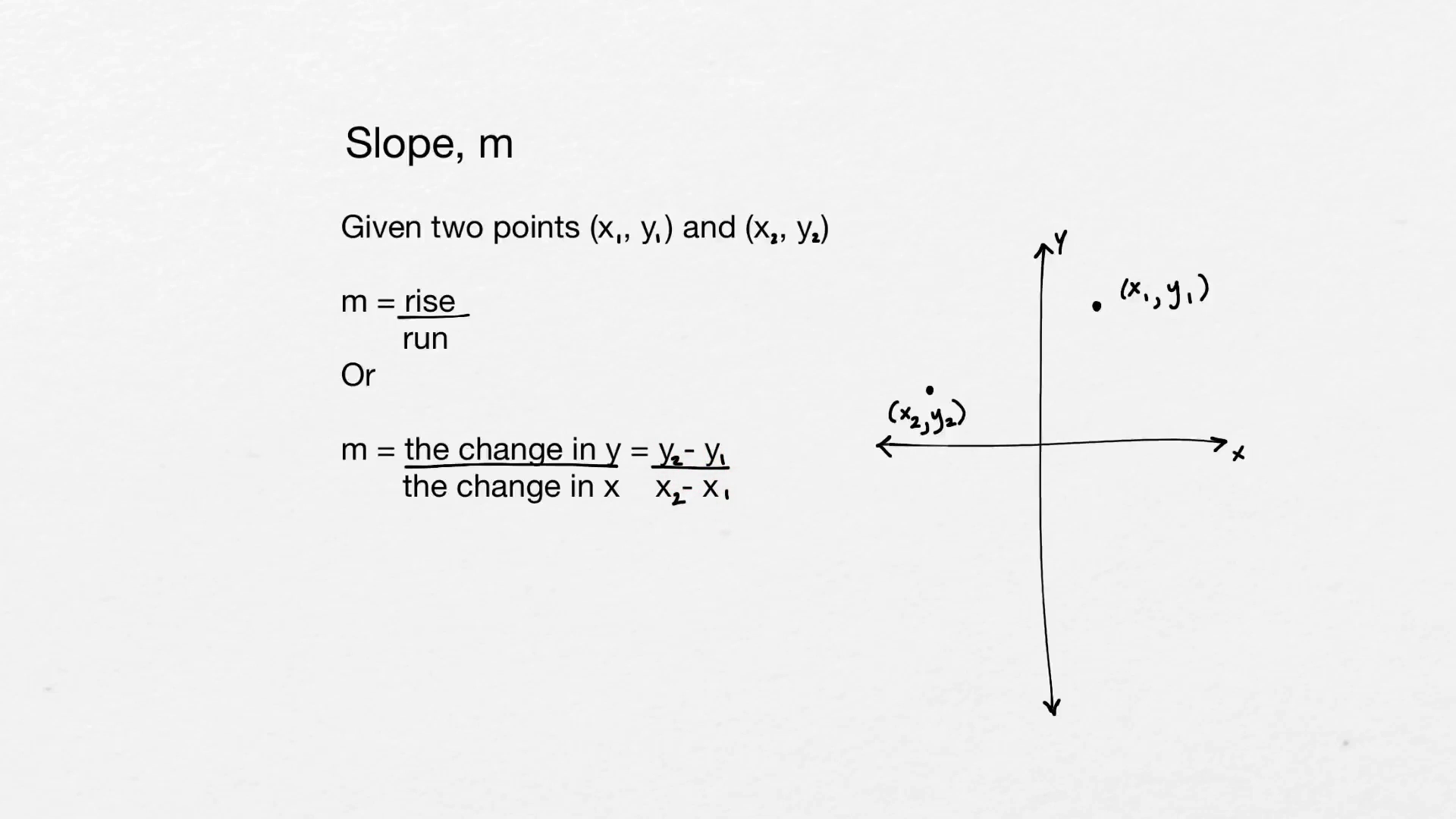 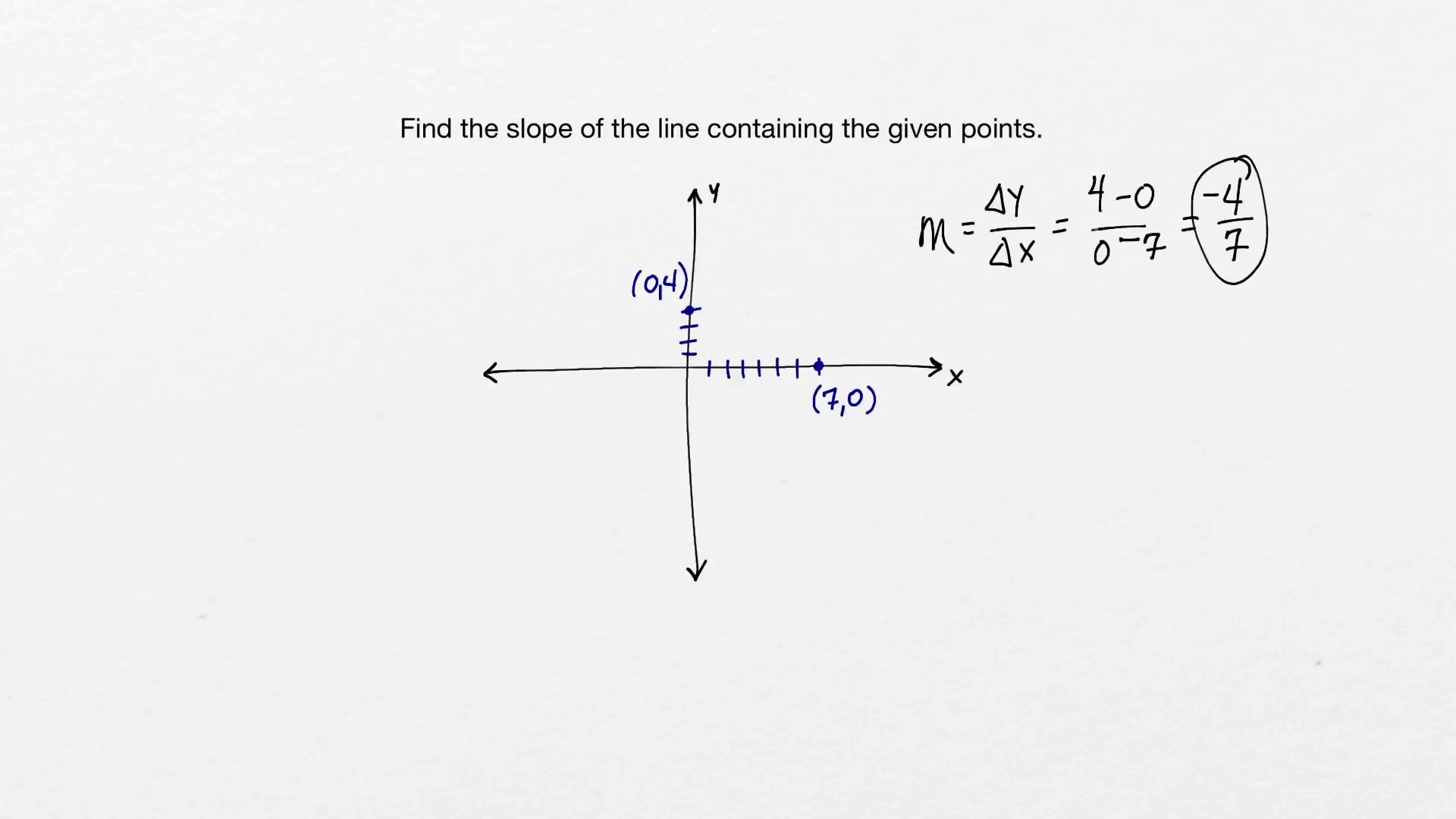 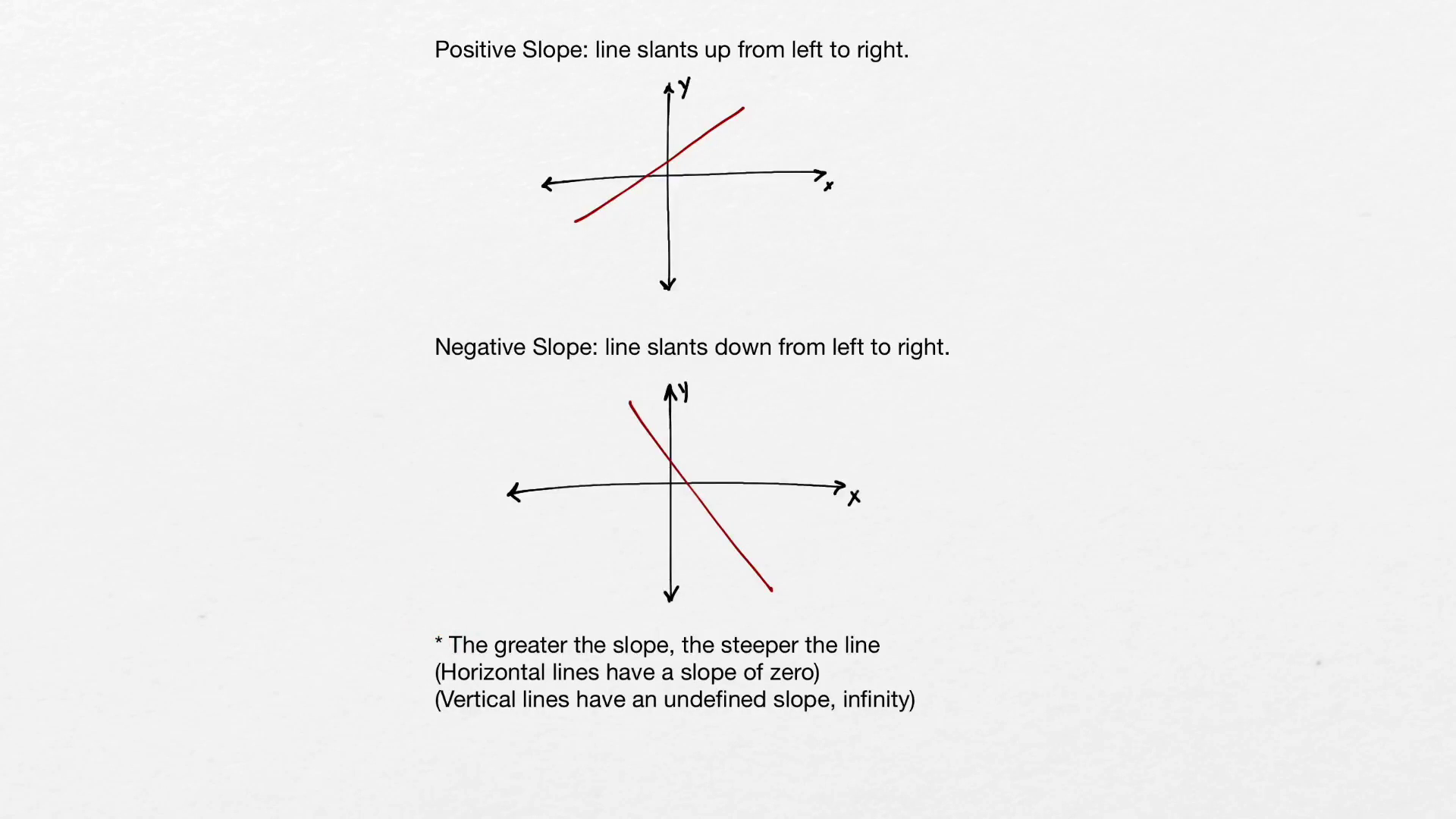 The greater the slope, the steeper the line. A horizontal line has a slope of zero, and a vertical line has an undefined slope, or a slope of infinity. 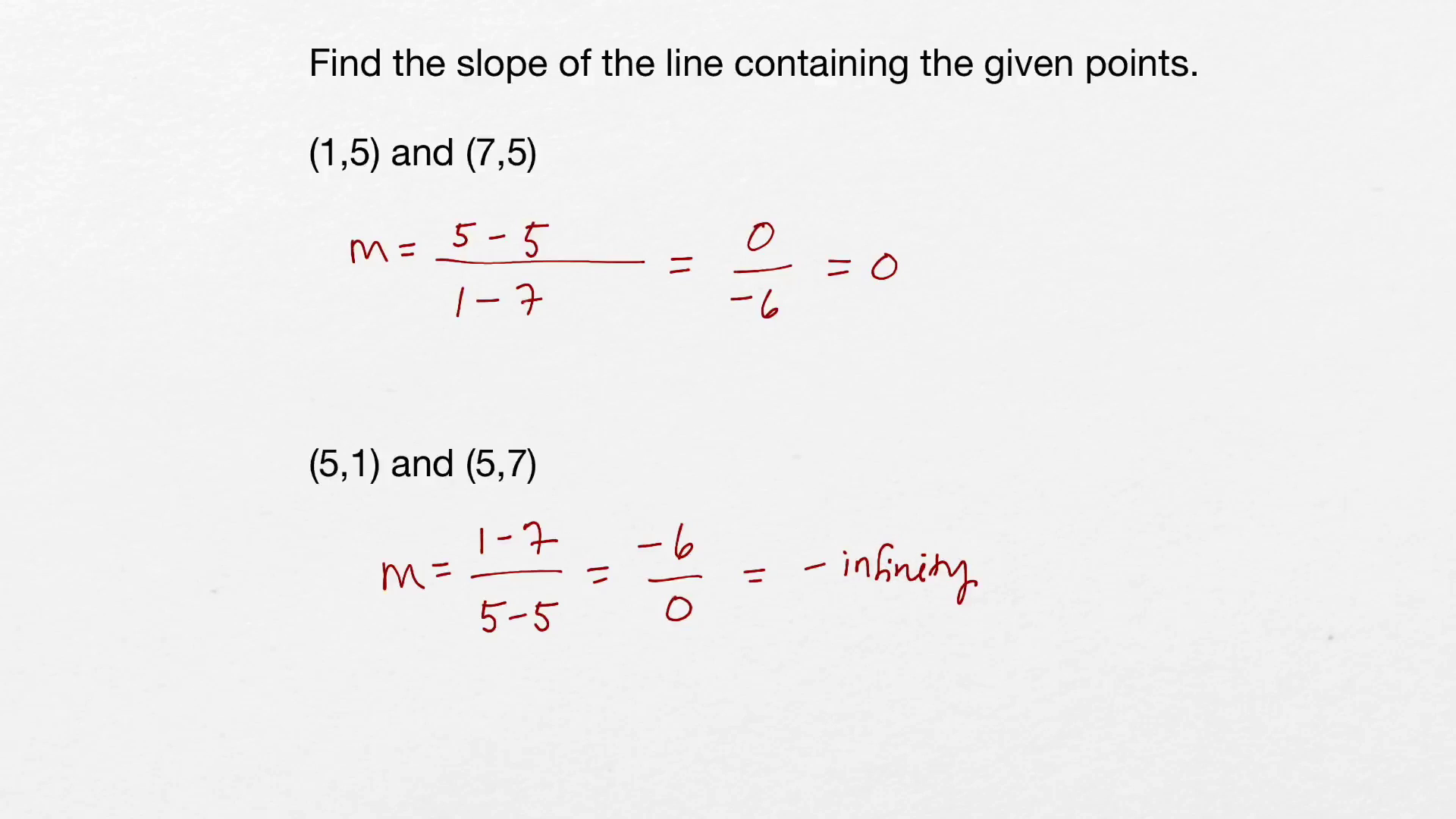 A slope of `-oo` or a slope that's undefined indicates that we have a vertical line. 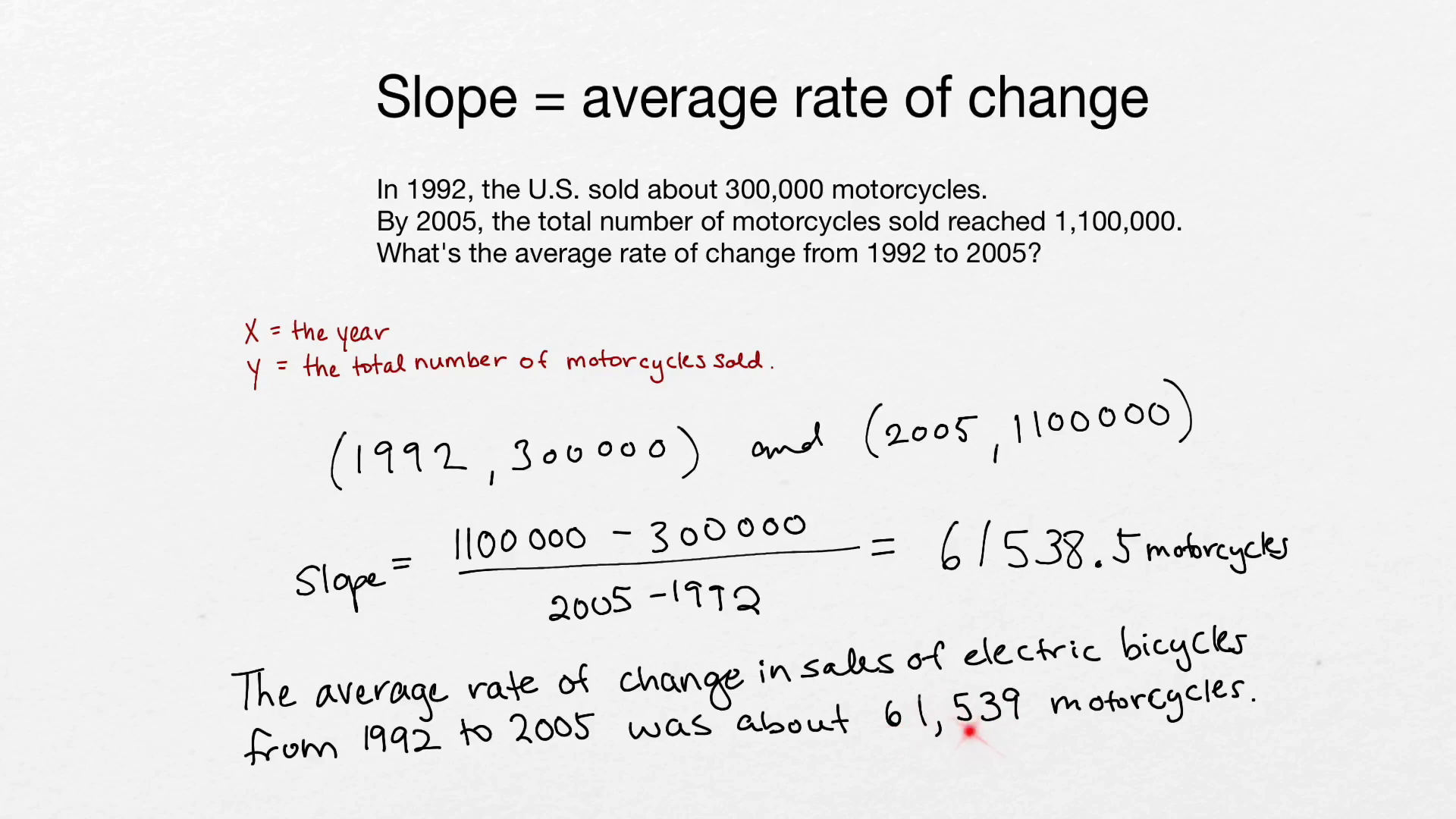 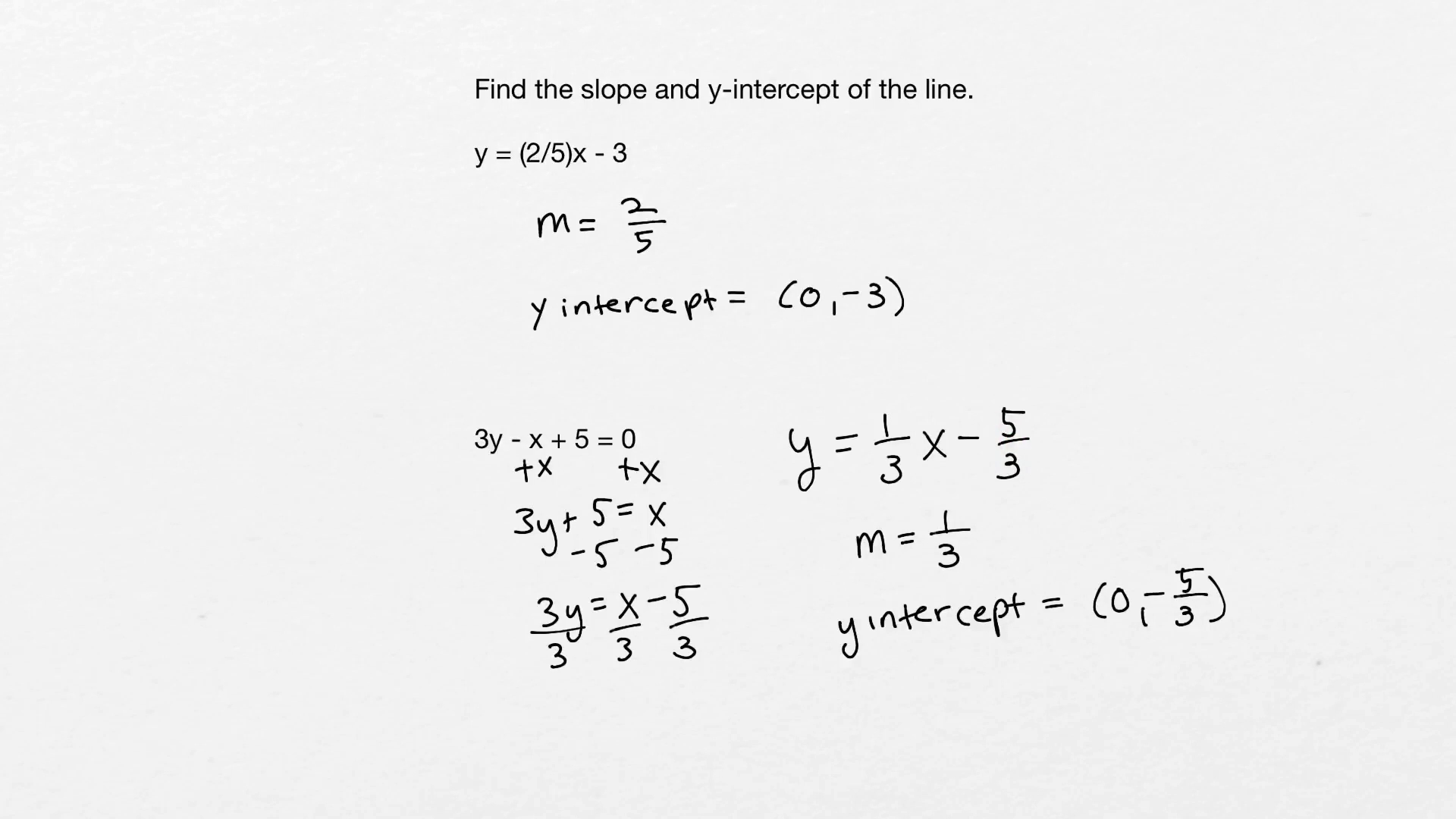 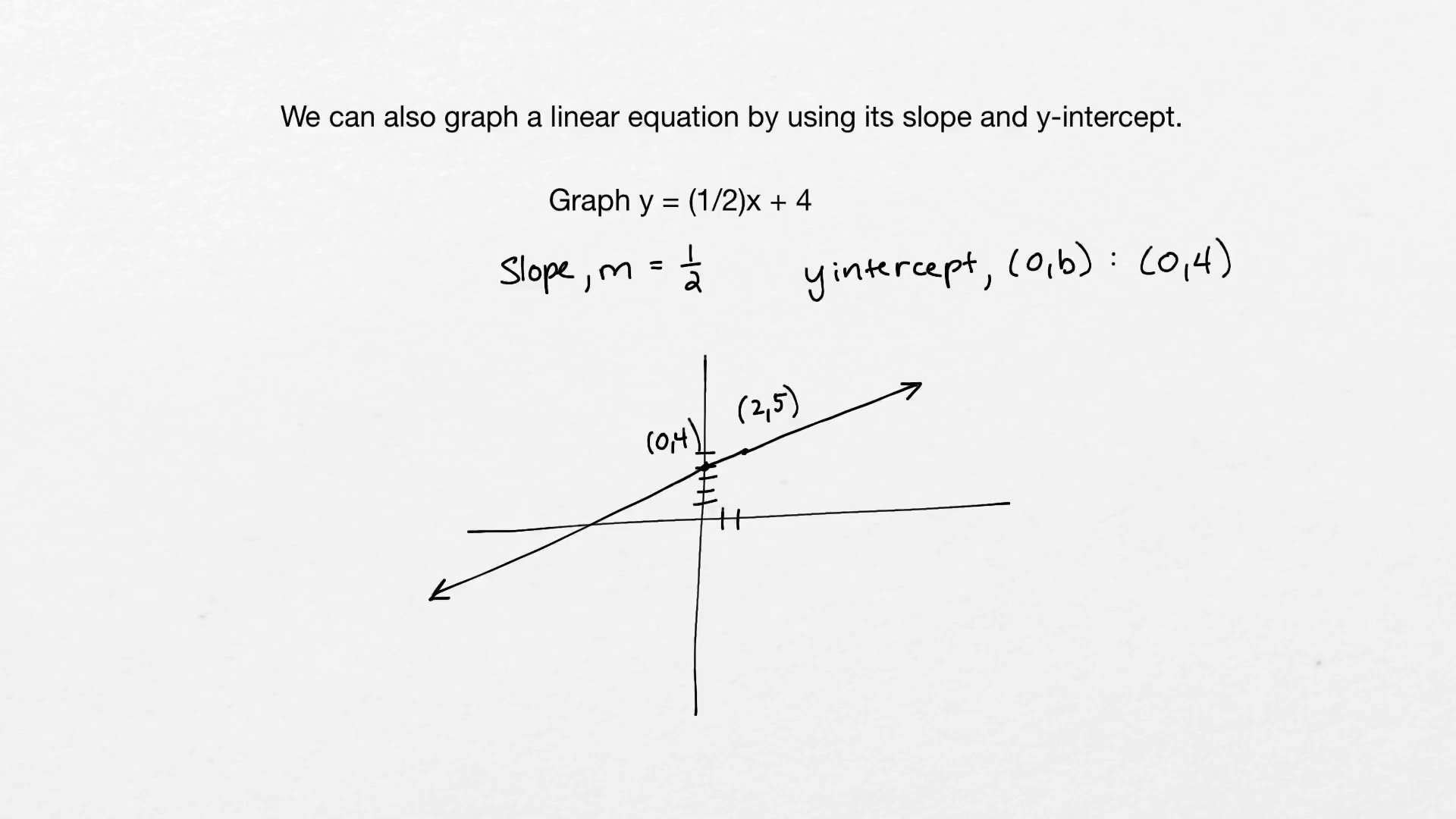 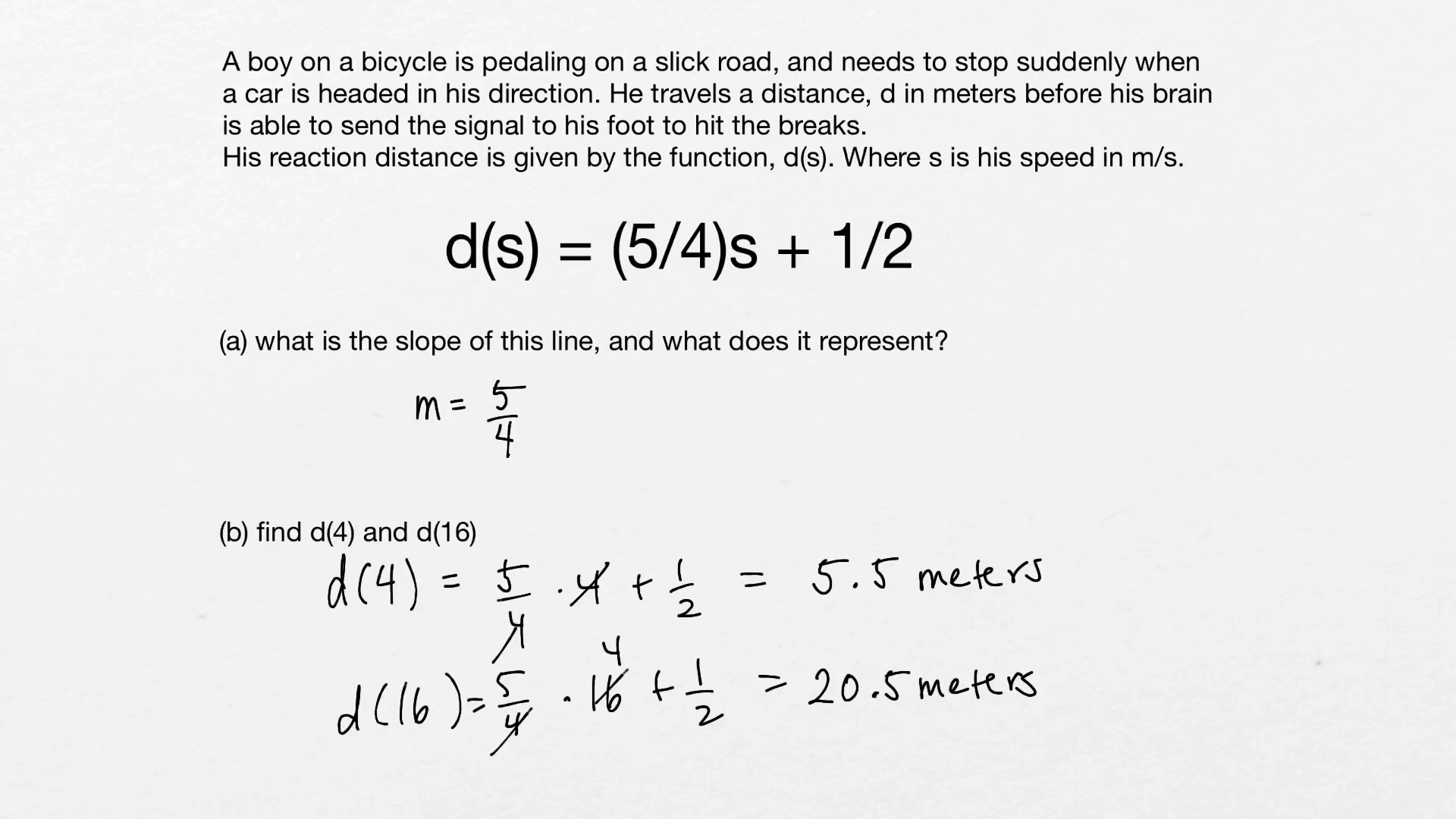 A boy on a bicycle is pedaling on a slick road and needs to stop suddenly when he sees a car is headed in his direction. He travels a distance, d meters, before his brain is able to send the signal to his foot to hit the brakes. His reaction distance is given by the function, d(s), where the s is his speed in m/s.

What is the slope of this line and what does it represent? So notice d(s) is a linear formula and its in the slope-intercept form already. So the slope is 5/4. The slope represents `("the change in distance in meters")/("the change in speed of his bike in meters per second")` and it means that for each meter per second faster that he's travelling, it's going to take another 5/4 meters to stop.