- Determine the equation of a line.
- Determine whether two lines are parallel or perpendicular.
- Model a set of data with a linear function. 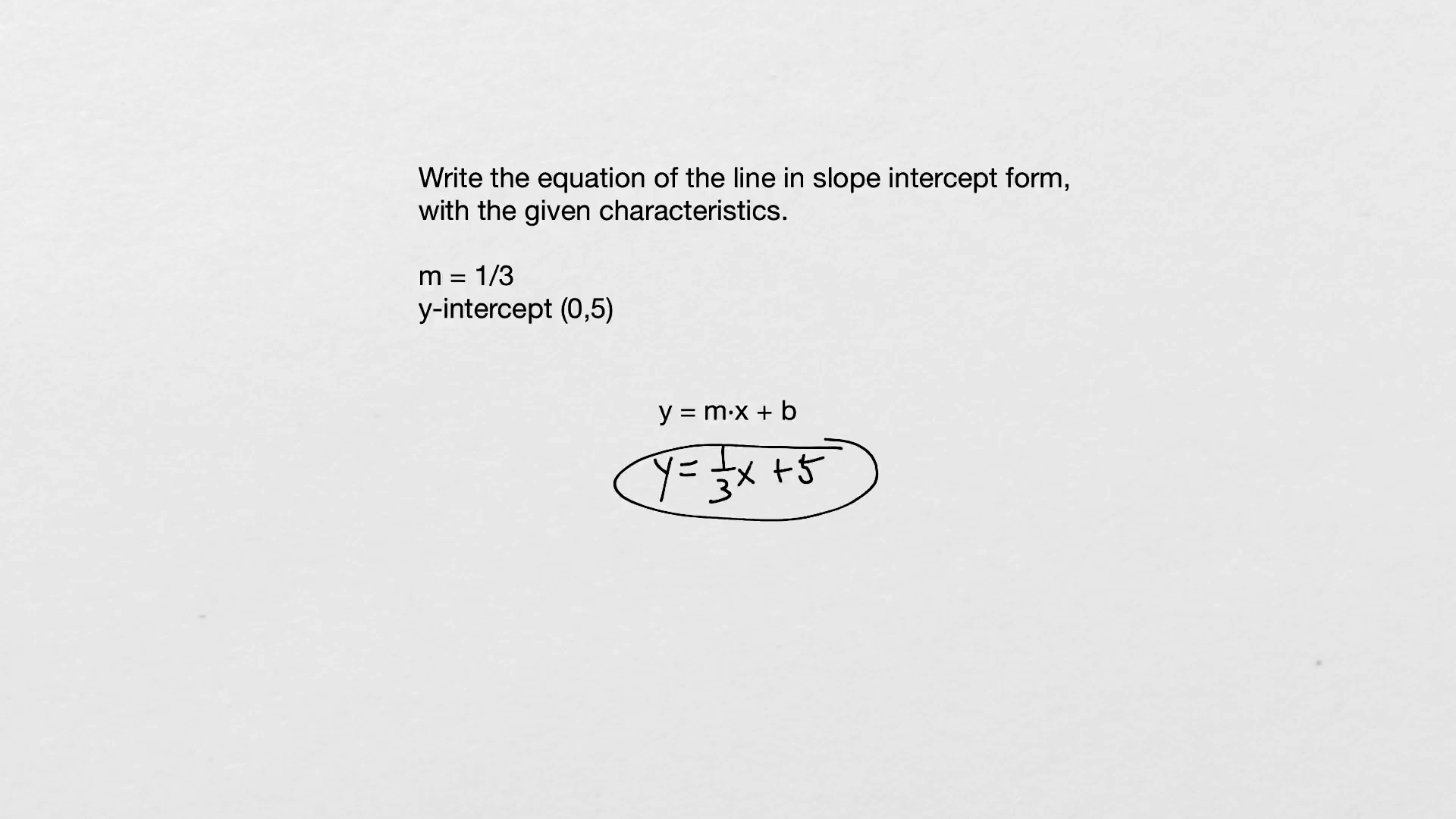 Write the equation of the line in slope-intercept form with the given characteristics. The slope, m, is equal to 1/3 and the y-intercept is equal to (0, 5). 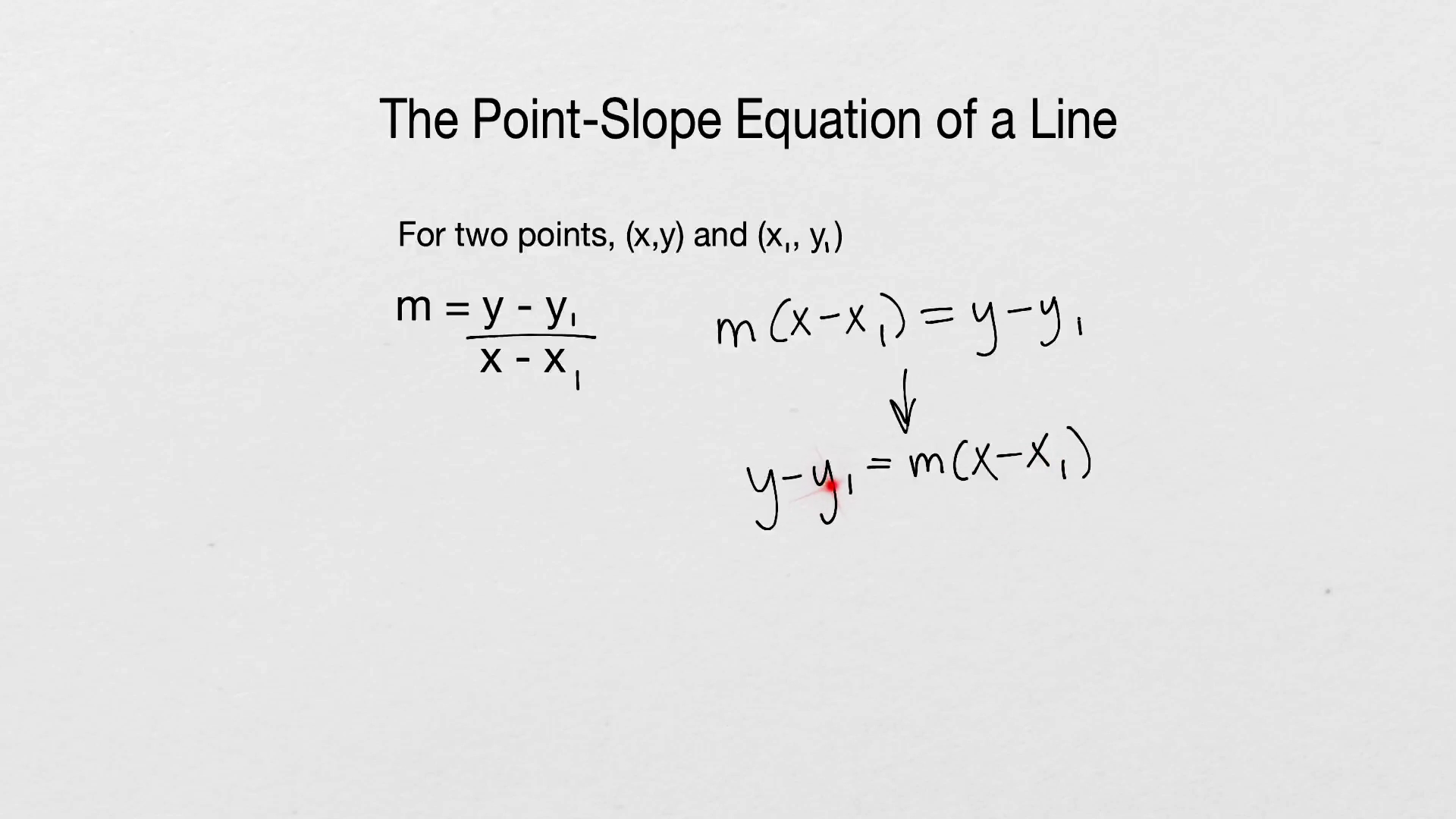 This is the point-slope equation of a line with the slope m that passes through the point `(x_1, y_1)`. 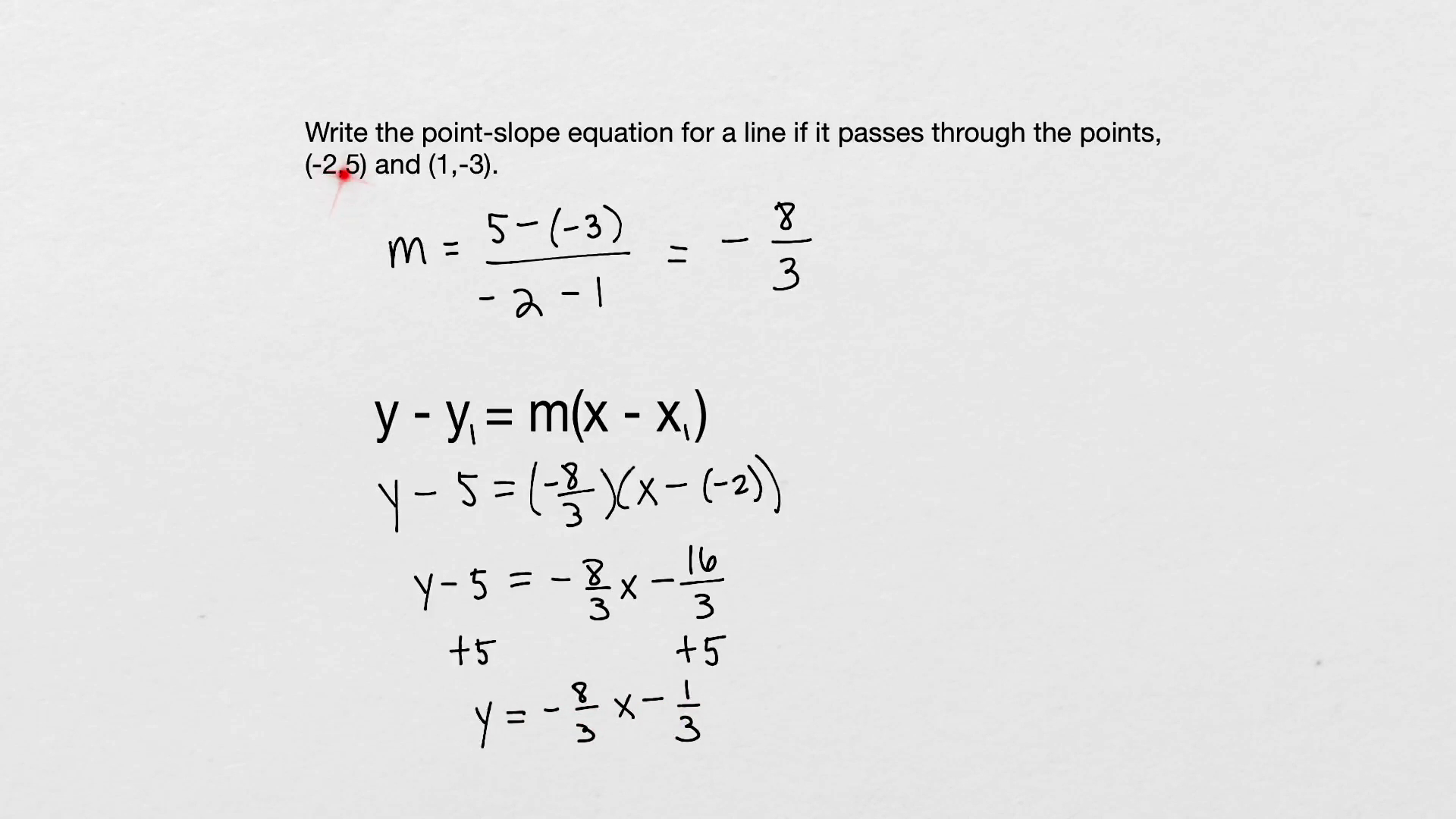 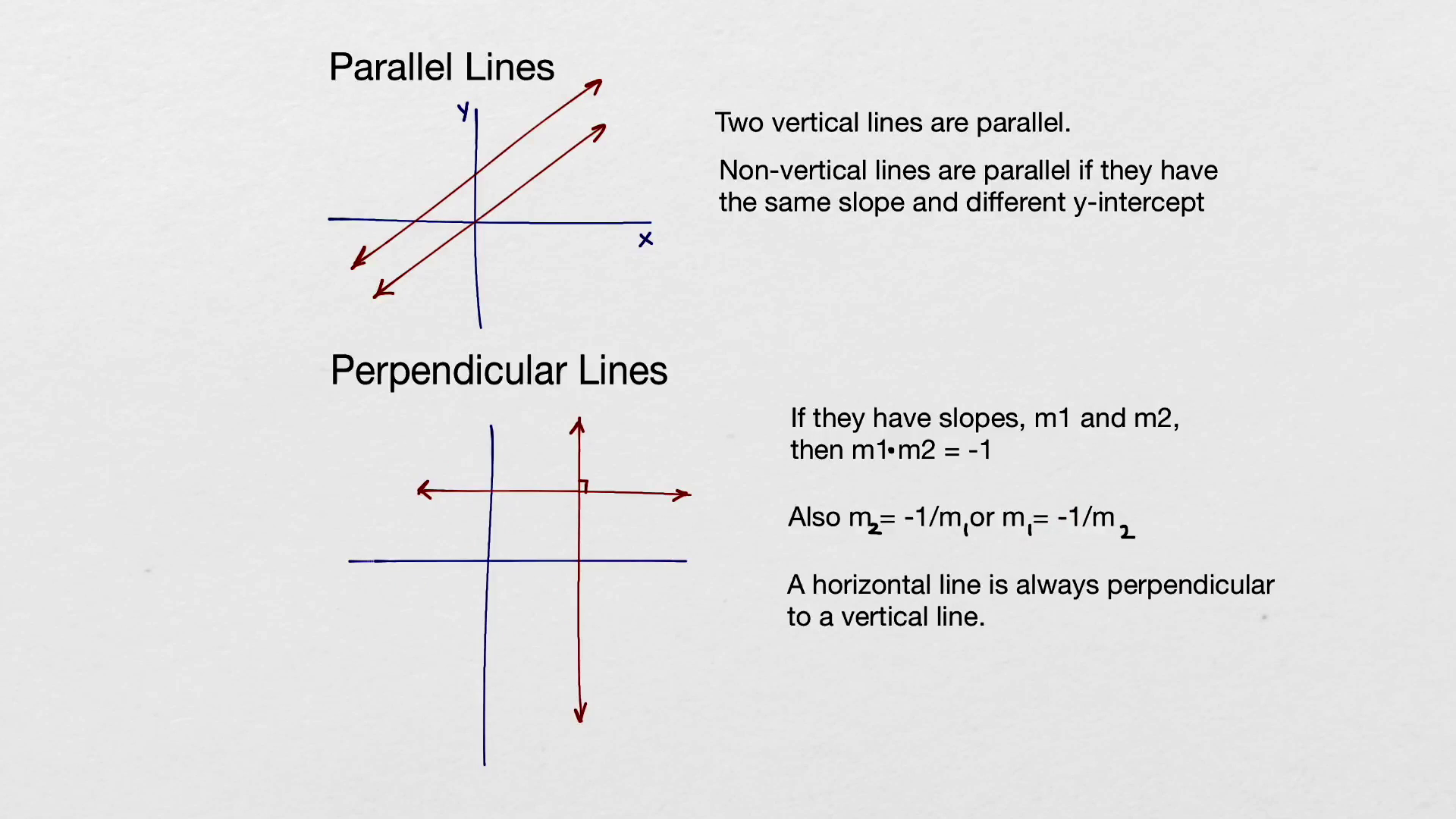 Unlike parallel lines, perpendicular lines cross in such a way that they form a 90 degree angle. If they have the slopes `m_1` and `m_2`, then their slopes multiplied together will equal -1. Also, their slopes are opposite reciprocals of each other, which means `m_2 = -1/m_1` or `m_1 = -1/m_2`. A horizontal line is always perpendicular line to a vertical line. 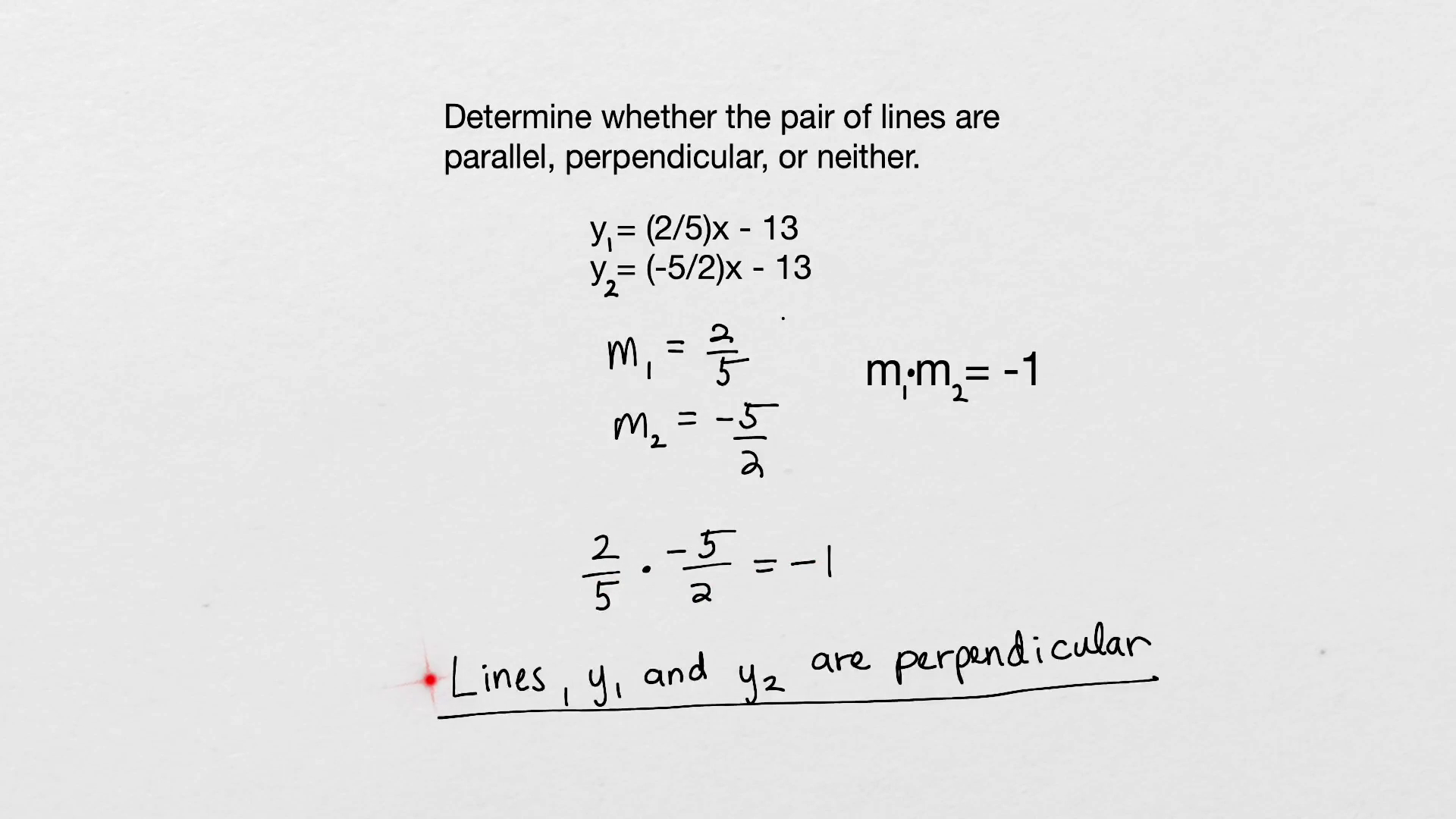 The slopes of two perpendicular lines have a product of -1. 2/5 and -5/2 are opposite reciprocals of each other. So their product is -1.

Therefore, the lines `y_1` and y_2` are perpendicular. 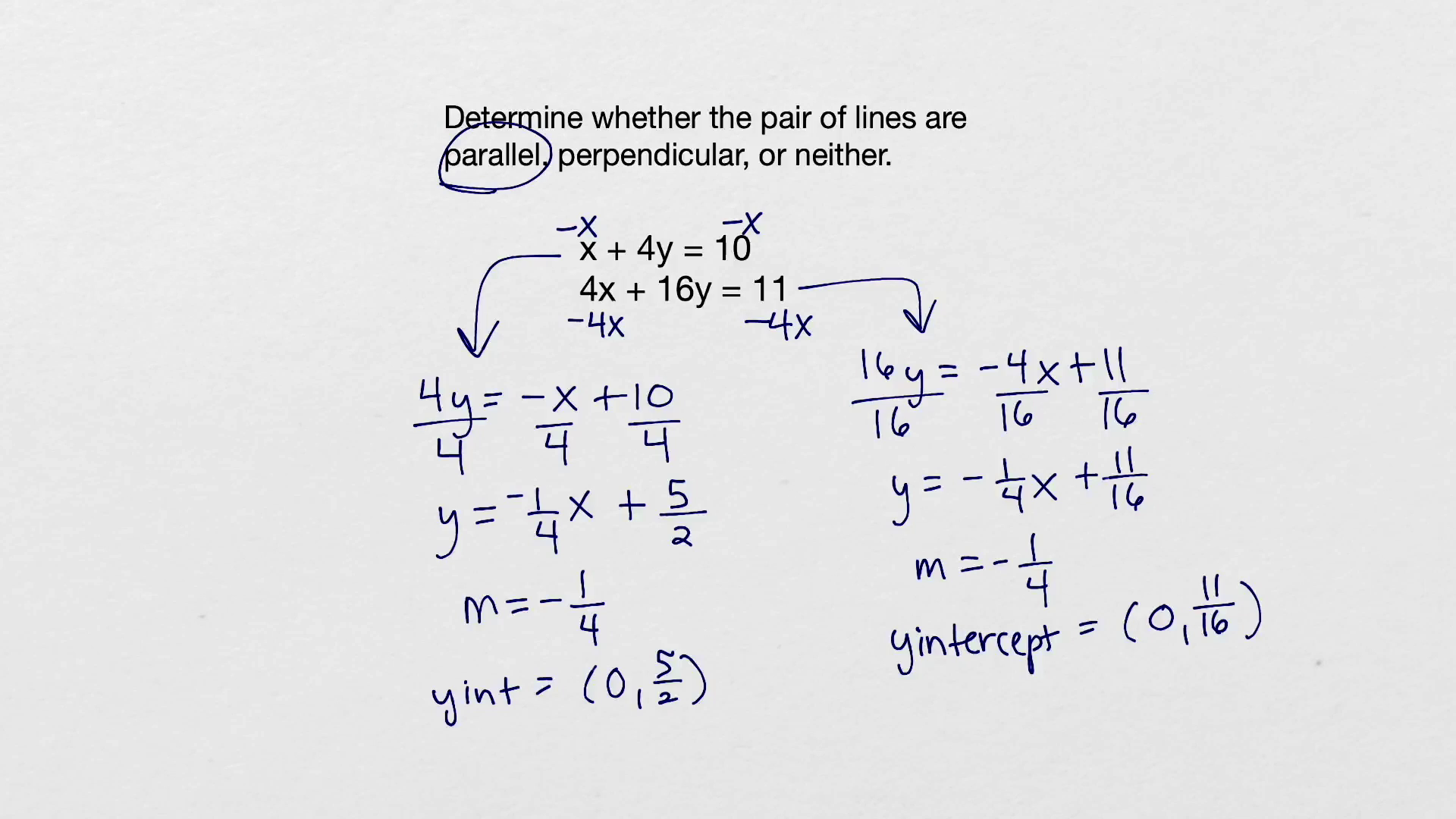 Determine whether the pair of lines are parallel, perpendicular, or neither.

So therefore since we have identical slopes, but different y-intercepts, we have two lines that are parallel to each other. 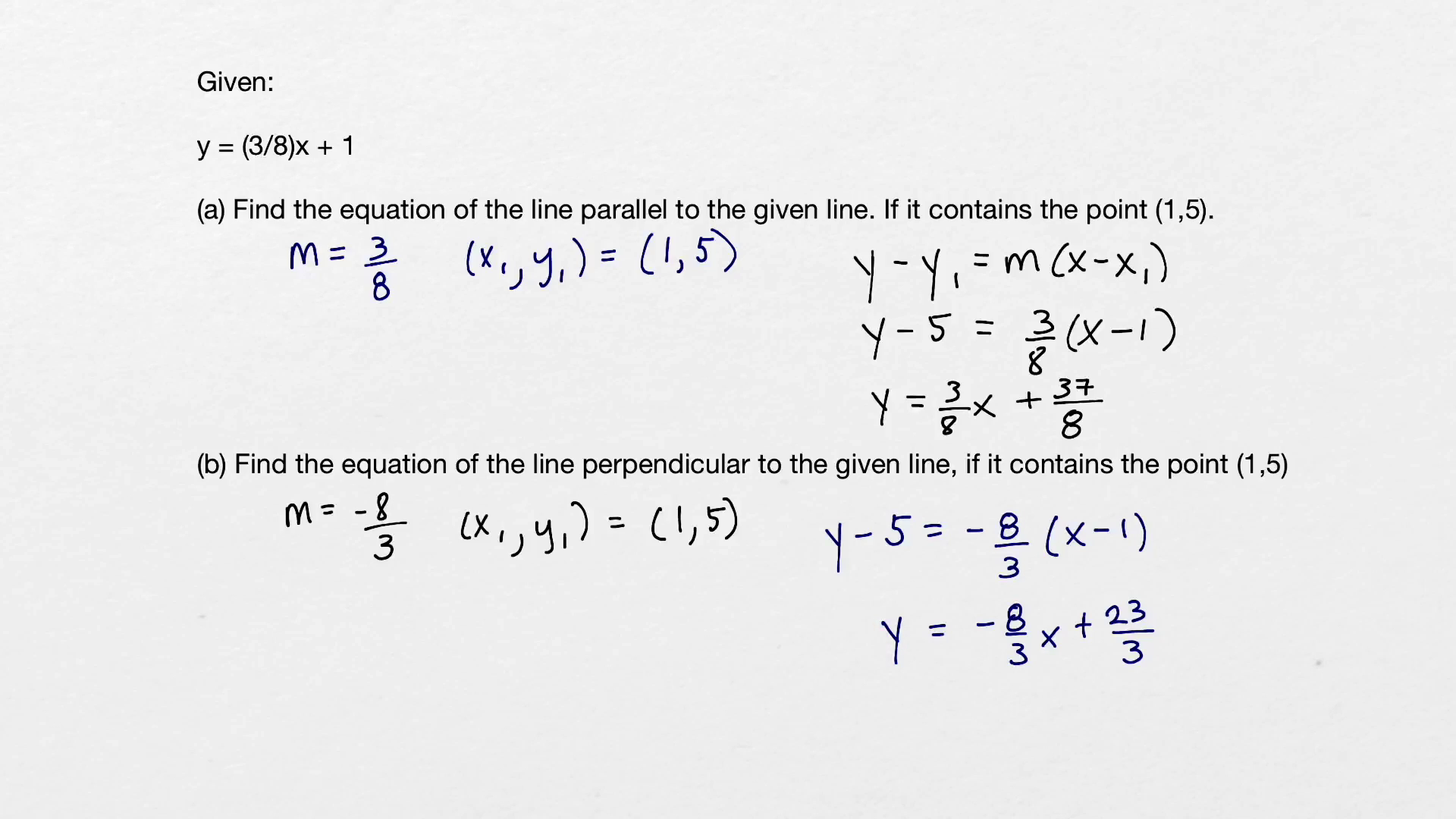 Now let's find the equation of the line perpendicular to our given line, if it contains the point (1, 5). 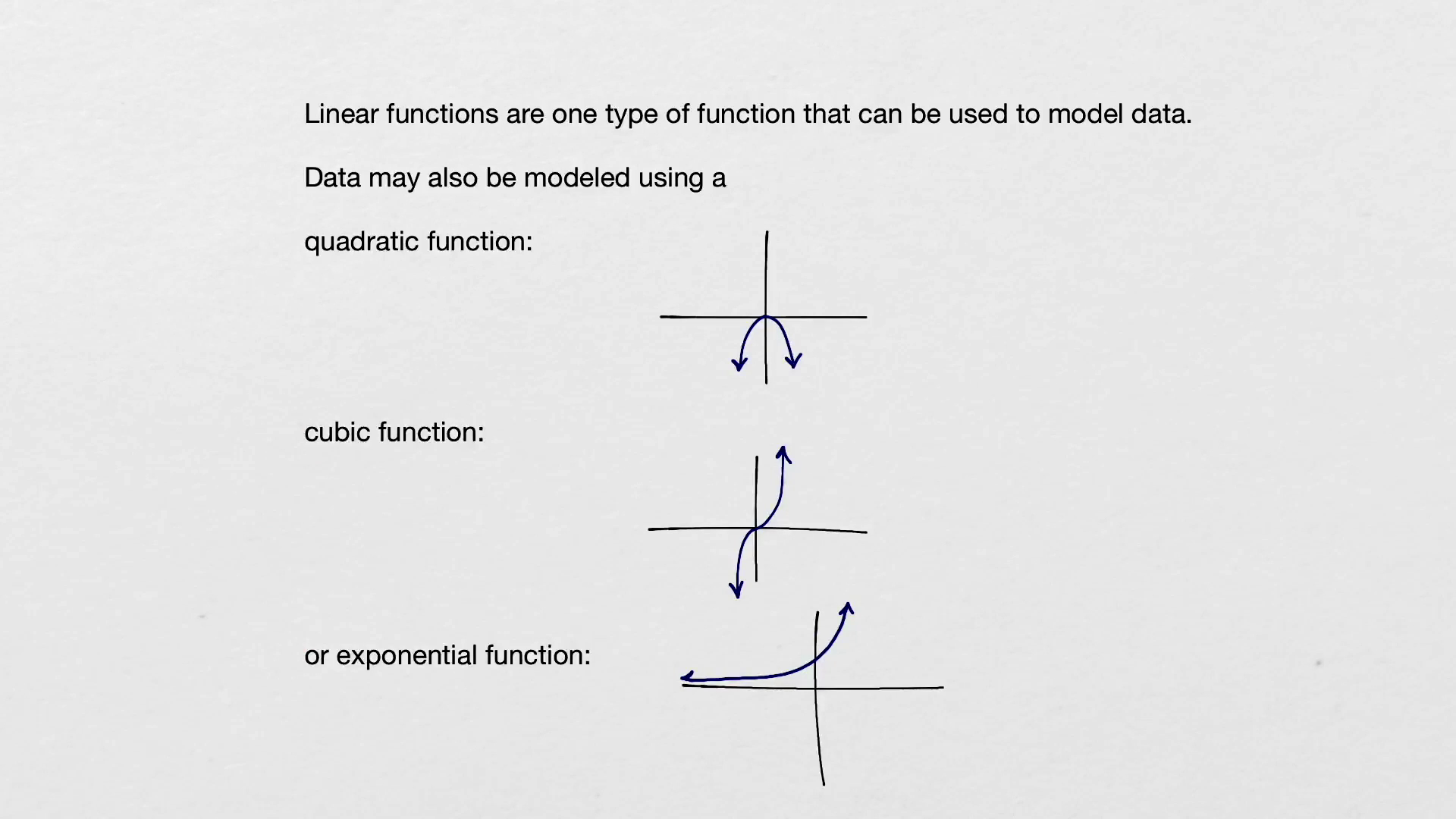 Linear functions are one type of function that can be used to model data. Data can also be modeled using a quadratic function, a cubic function, or an exponential function.

Notice that these are all non-linear. 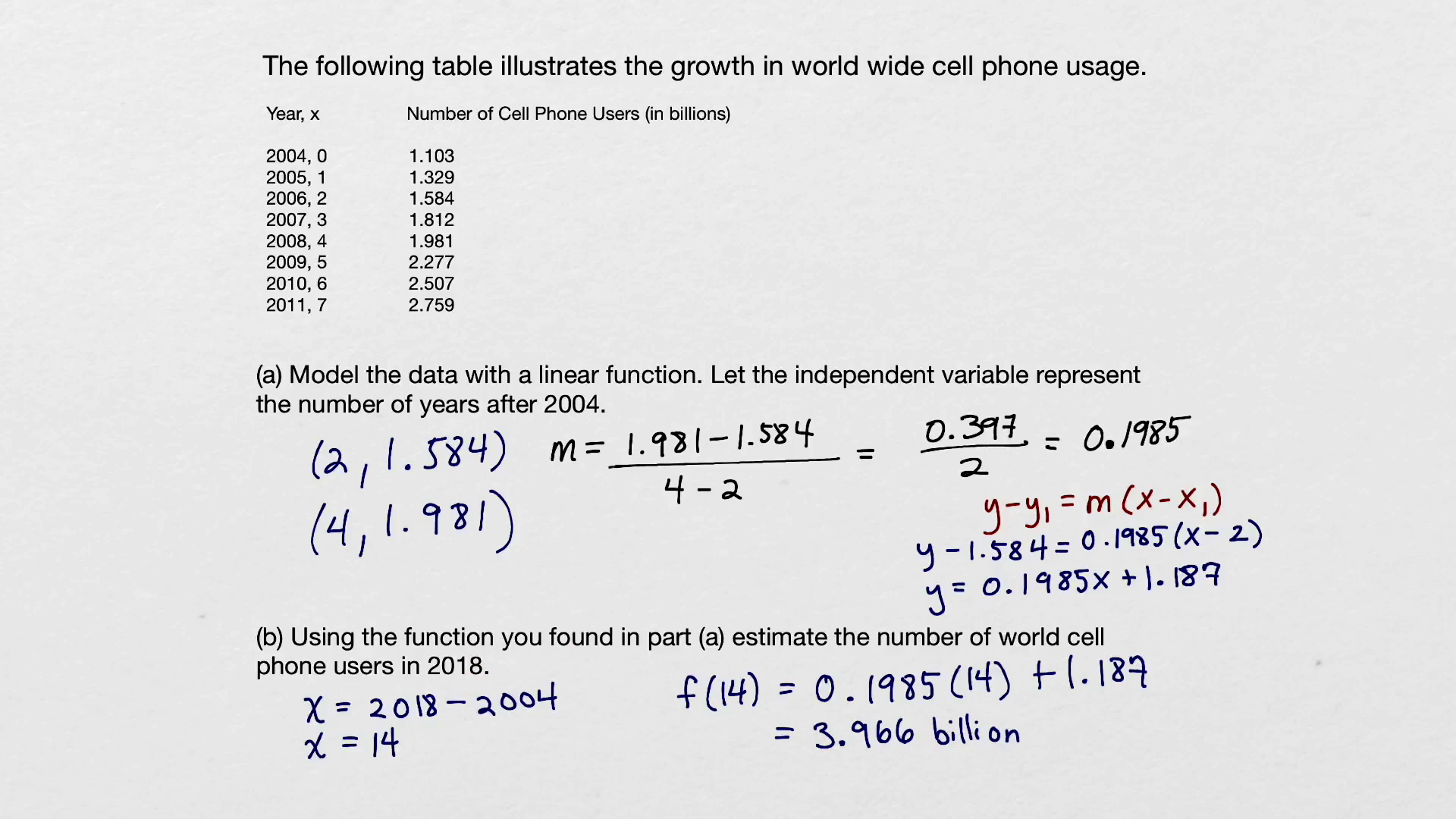 Now let's model the following data with a linear function. The following table illustrates the growth in world-wide cell phone usage. Here we're given the year and the number of cell phone users in billions.

Let the independent variable represent the number of years after 2004. Our answer will vary depending on the data points used. We're going to choose two data points, find the slope and use the point-slope equation to make our linear model.