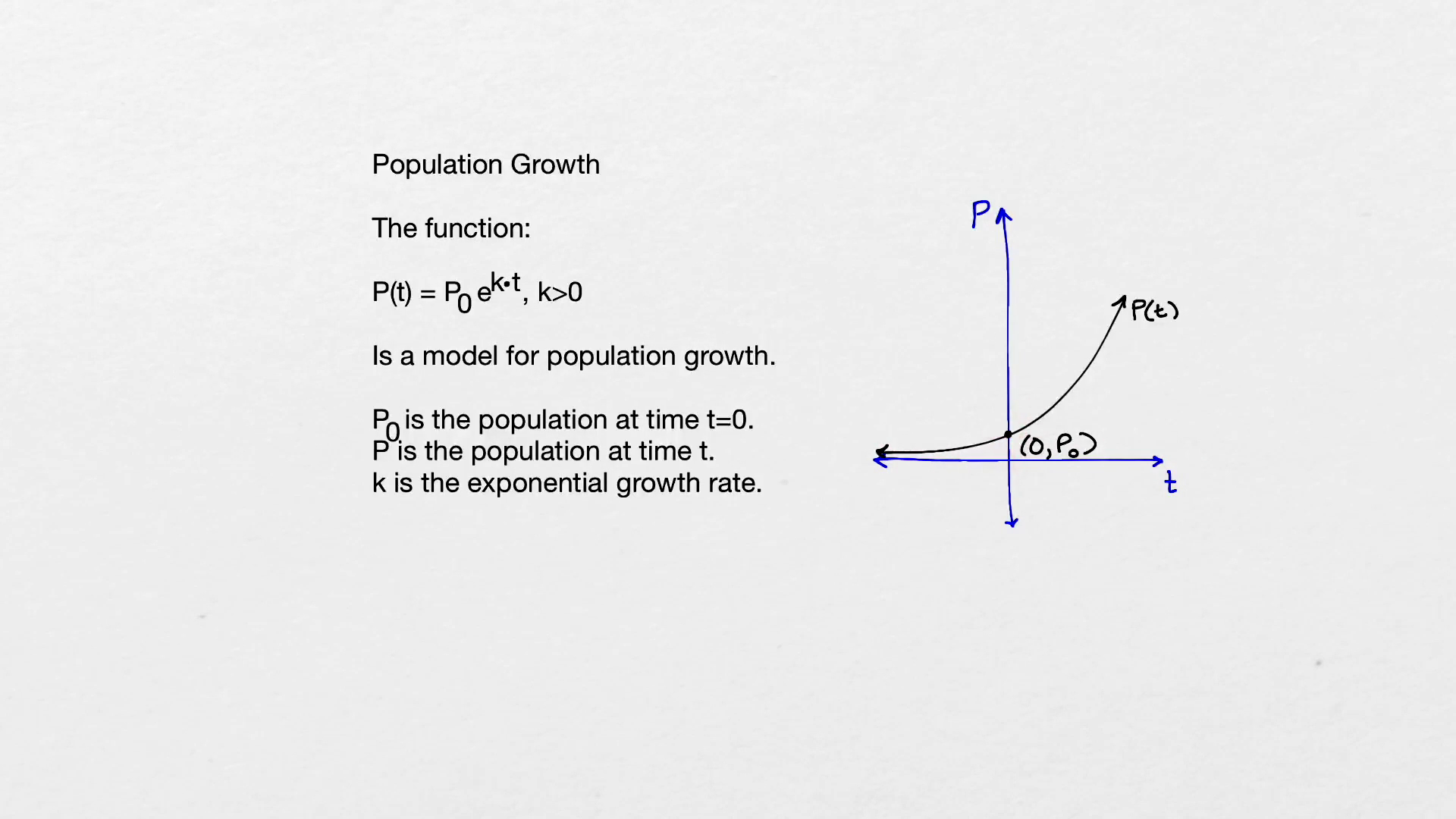 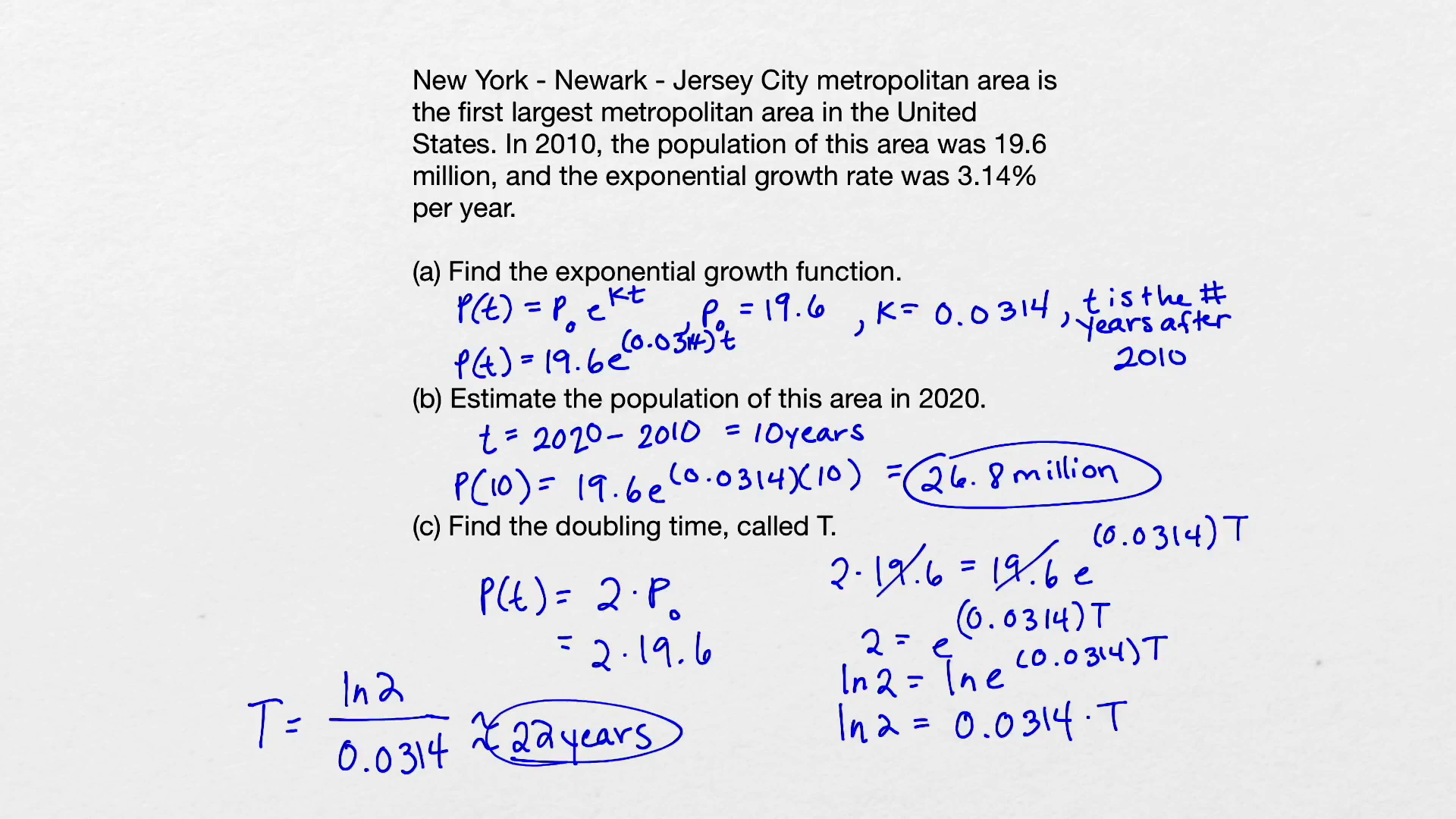 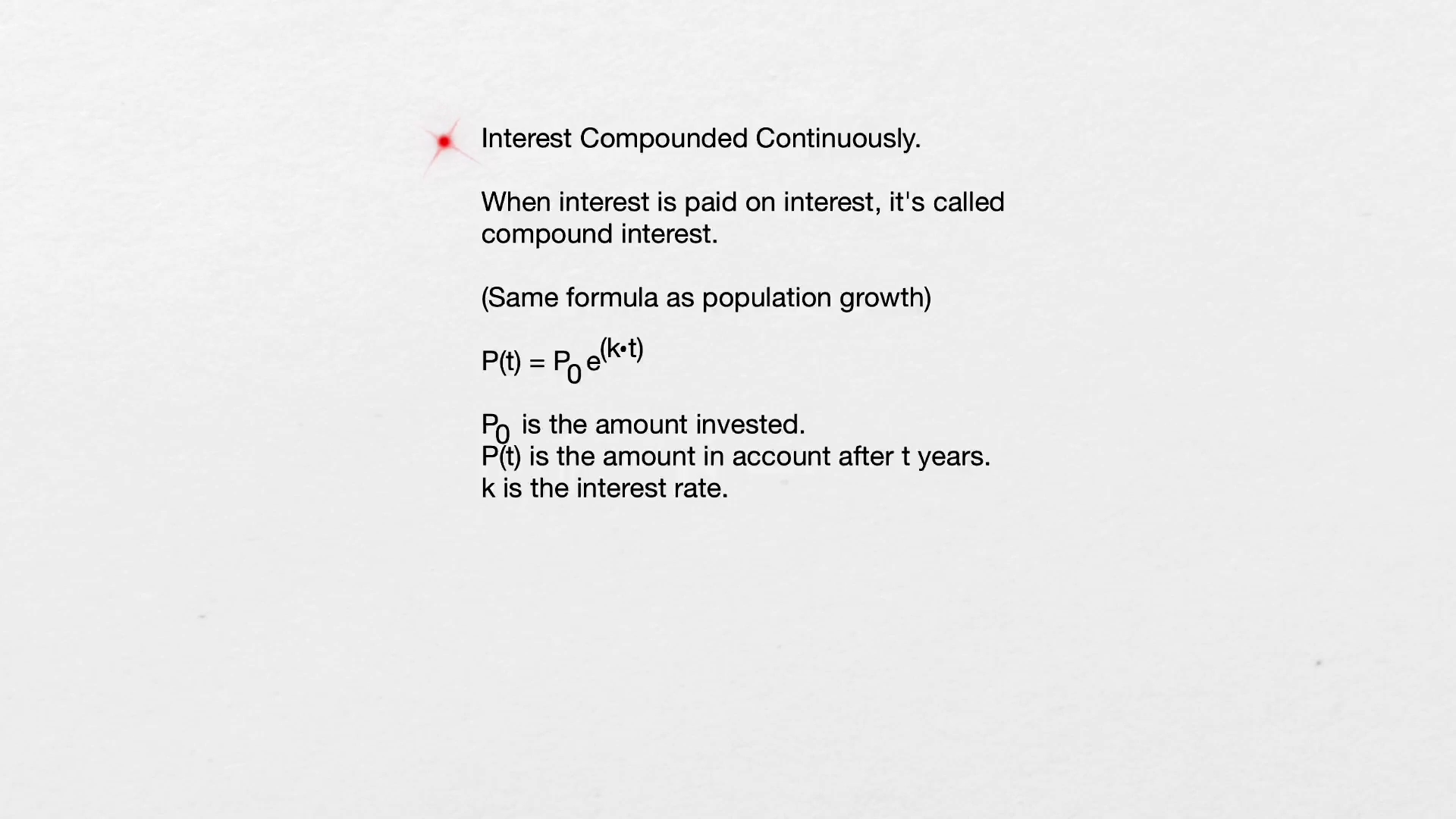 When interest is paid on interest, it's called compound interest. The formula is `P(t) = P_0e^(k*t)`. It's the same formula as population growth. `P_0` is the amount that's invested, `P(t)` is the amount in the account after t years, and k is the interest rate. 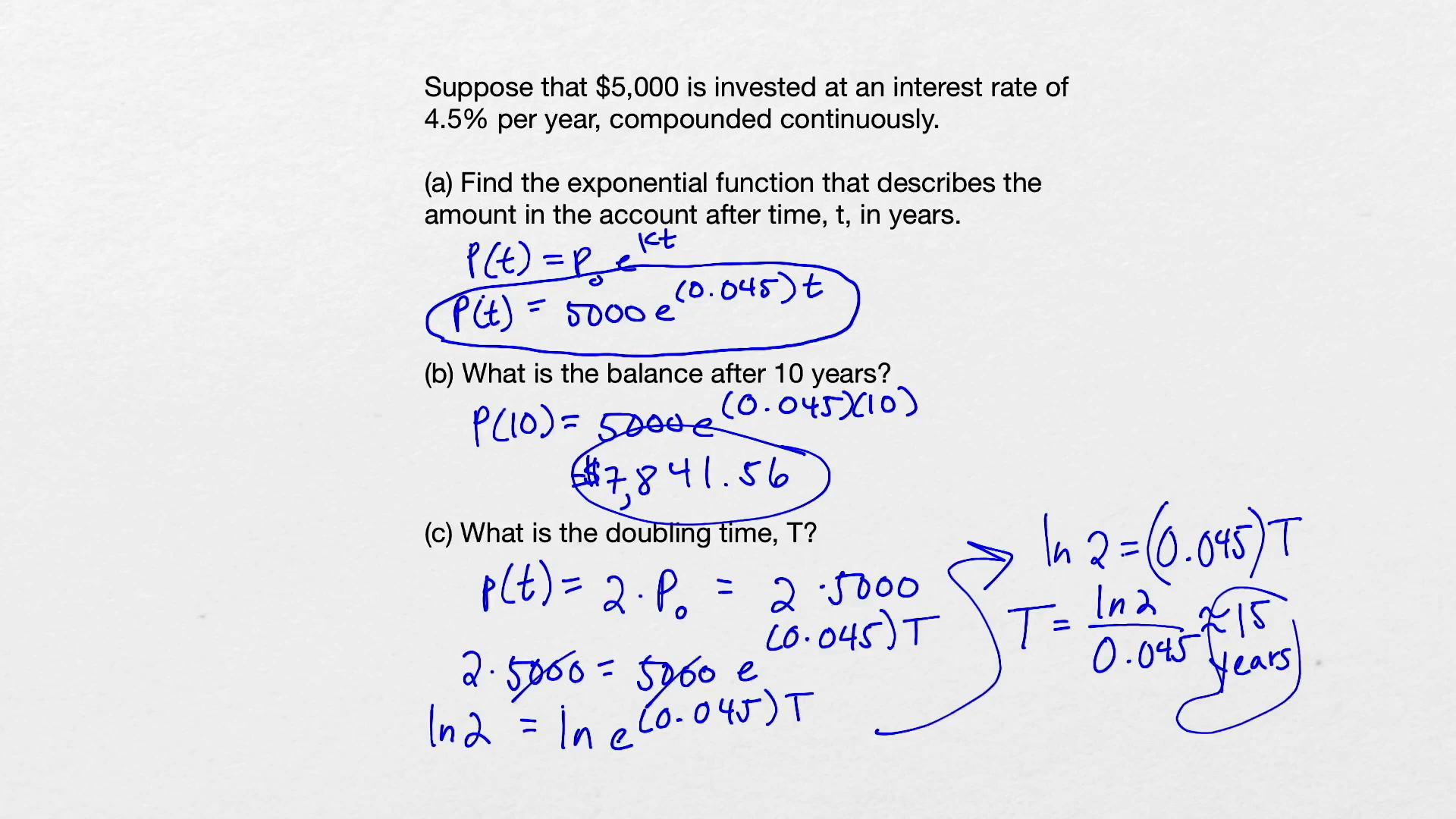 Suppose that $5,000 is invested at an interest rate of 4.5% per year, compounded continuously. 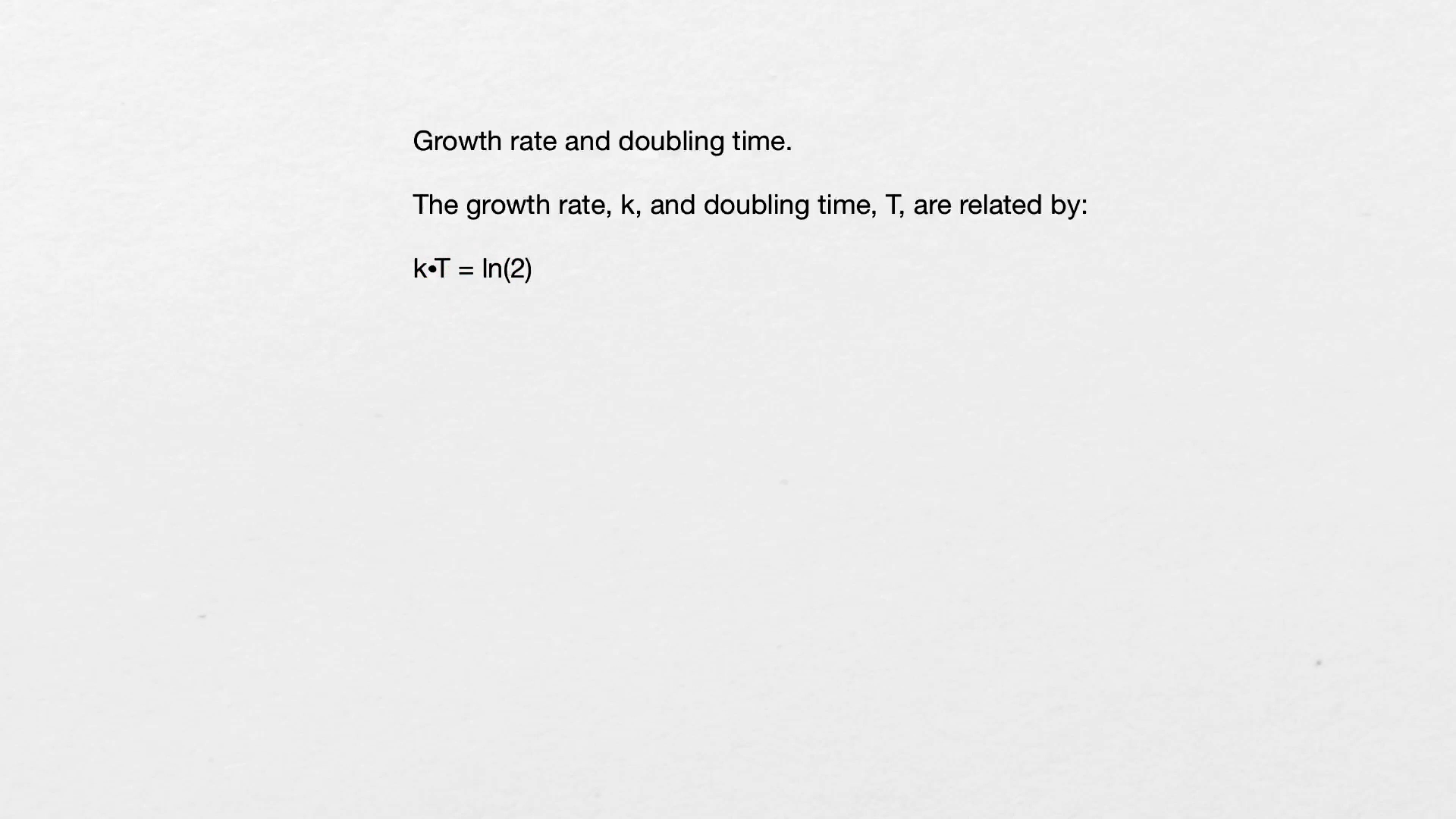 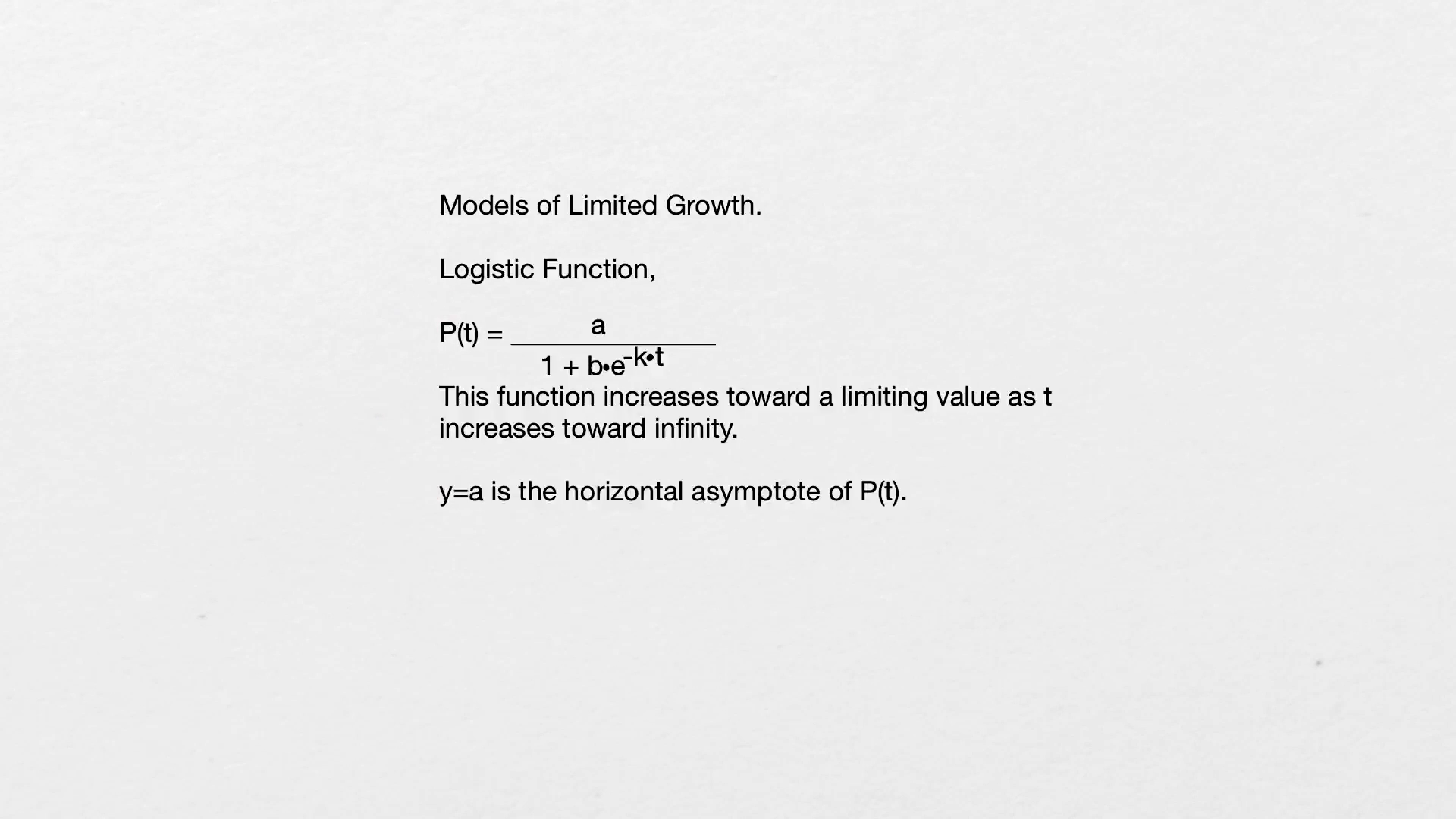 Some populations cannot experience unlimited growth, because of factors such as limited food, living space, or other natural resources.

`y = a` is the horizontal asymptote of our Logistic Function. 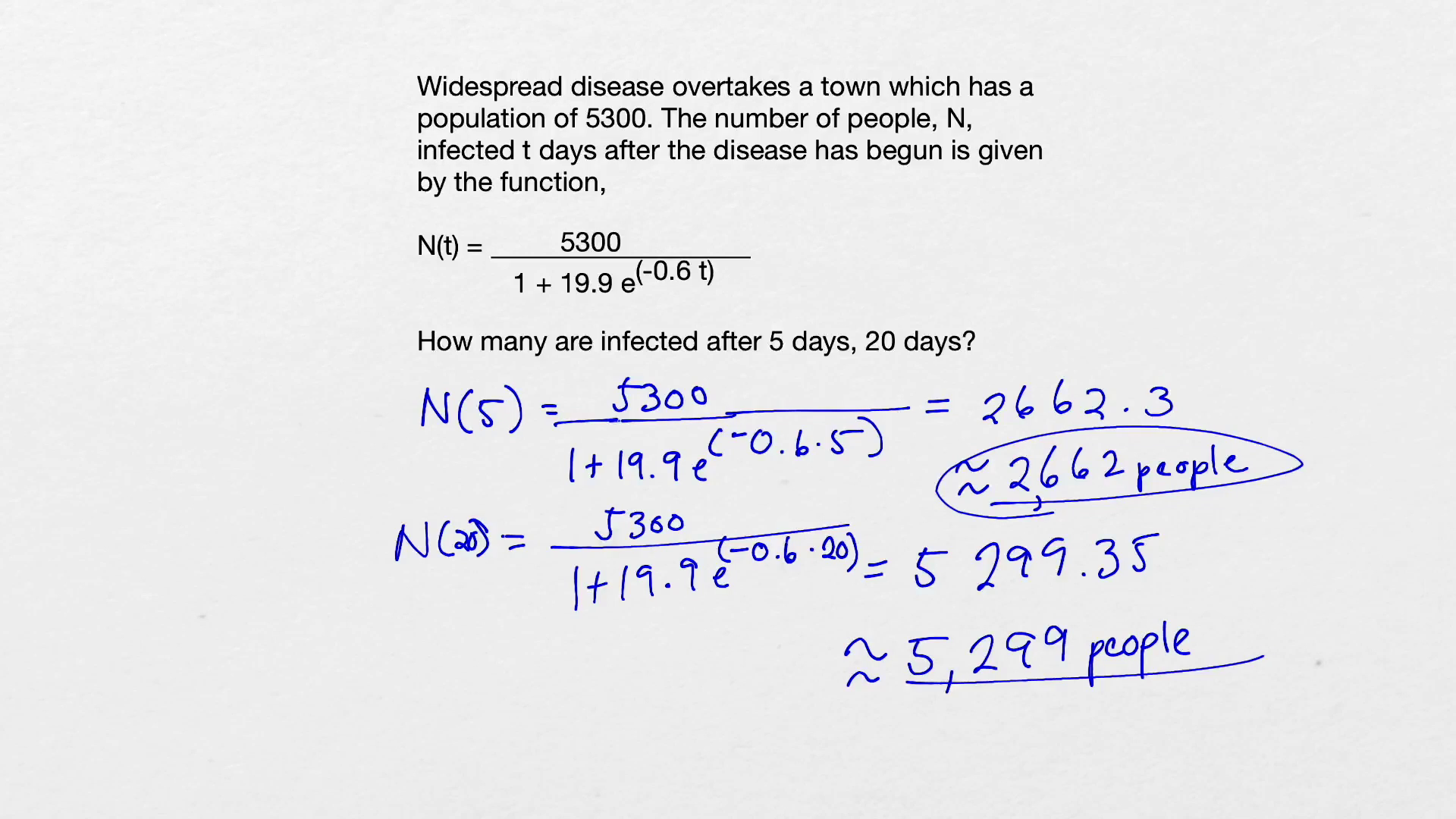 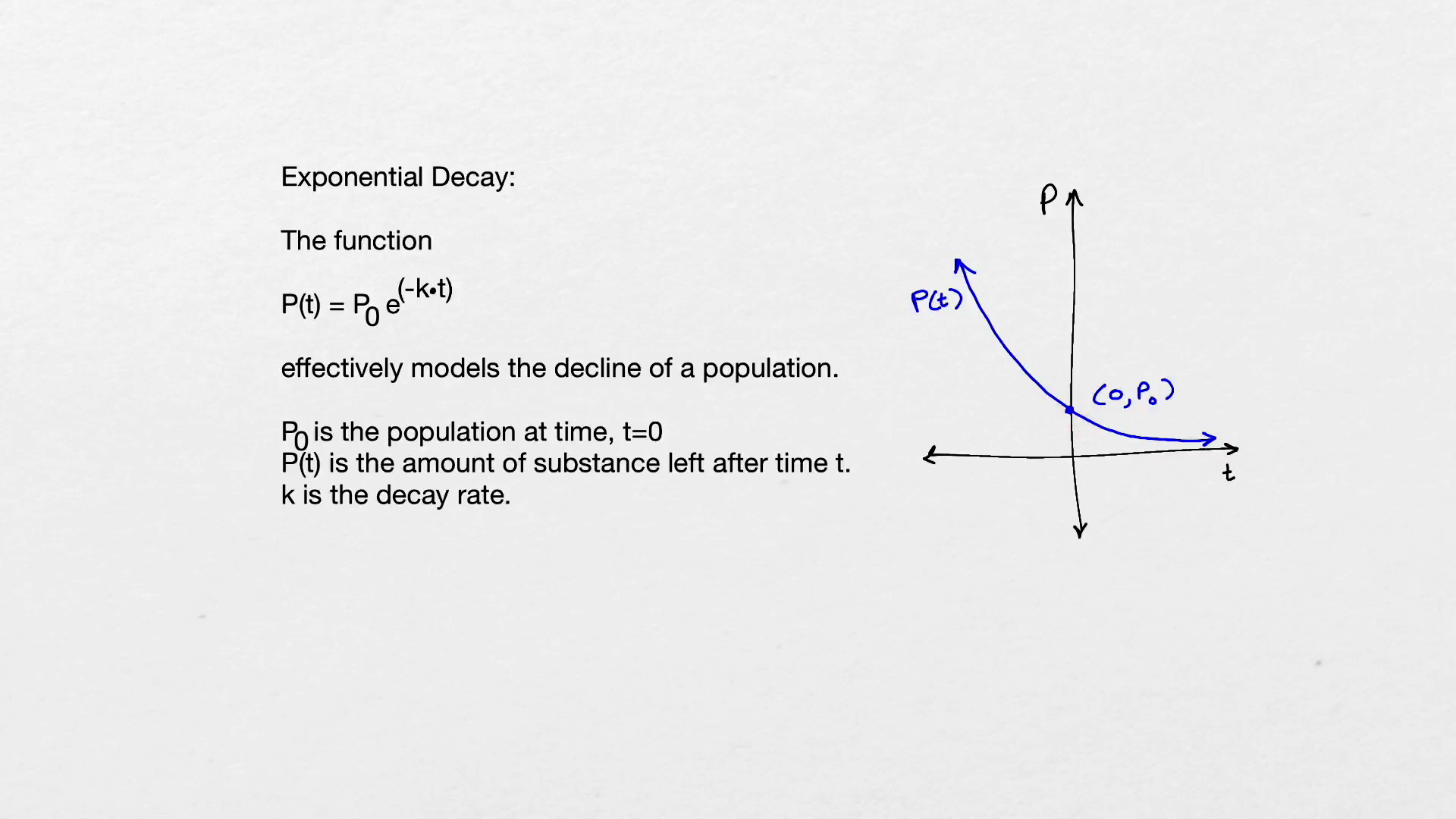 The function `P(t) = P_0e^(-kt)`, is an effective model for the decline of a population, such as the decay of a radioactive substance. `P_0` is the population at time `t = 0`. P(t) is equal to the amount of substance left after time, t, and k is the decay rate.

Notice that the graph of the function for exponential decay approaches zero as time approaches infinity, and the y-intercept occurs at the point `(0, P_0)`. 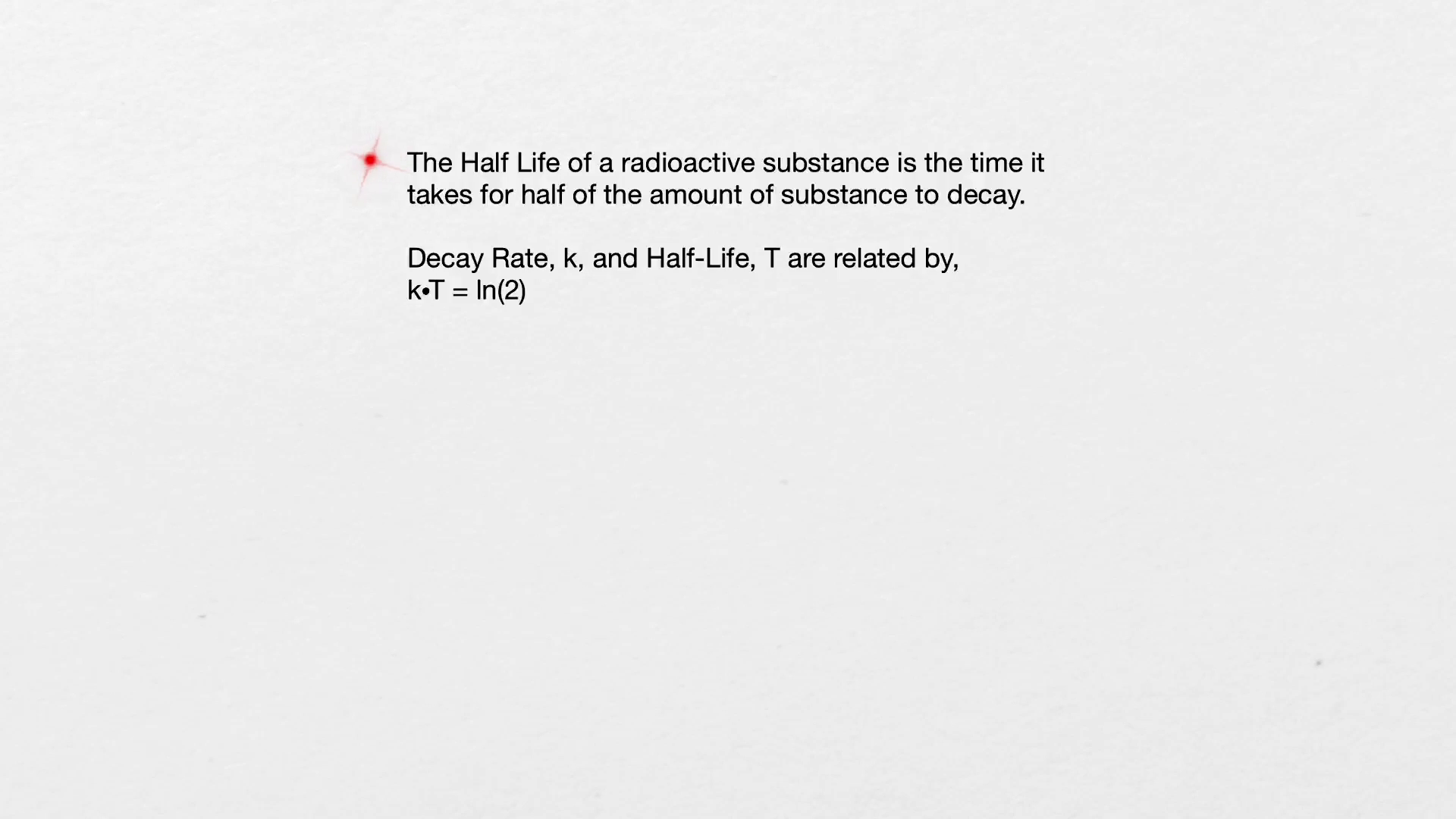 The half-life of a radioactive substance is the time it takes for half of the amount of substance to decay. 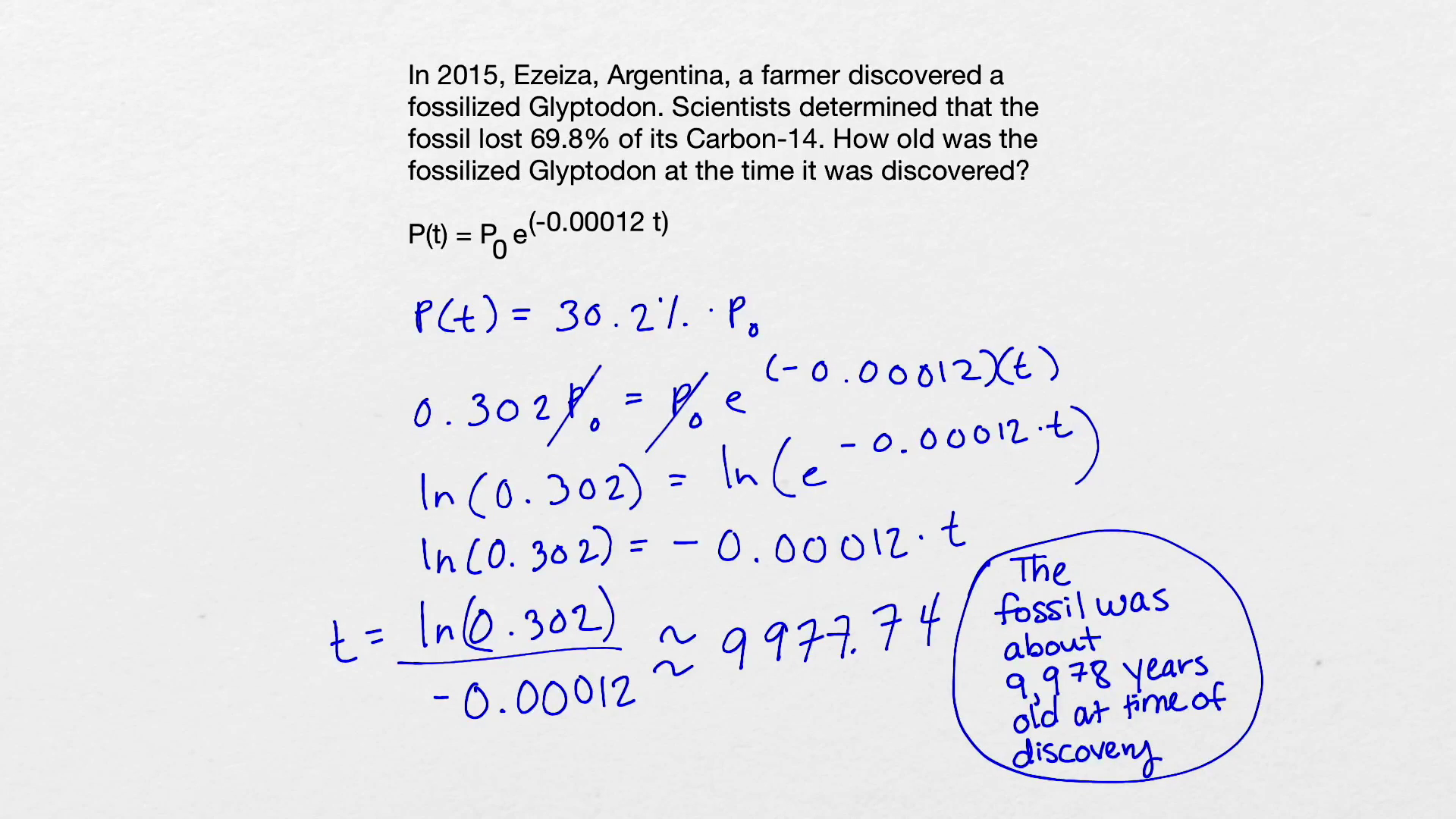